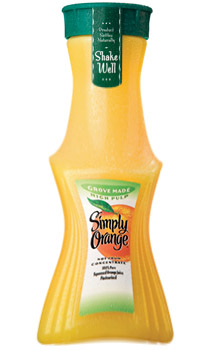 With Friends Like These…So who hasn’t heard about the Facebook IPO lawsuit feeding frenzy set off this week by allegations that Mark Zuckerberg’s social media platform may not have as rosy a future as originally perceived?

In a nutshell, the allegations boil down to claims that Facebook, CEO Mark Zuckerberg and the underwriters—Morgan Stanely—misled thousands of shareholders in the $16 billion IPO when they “selectively disclosed” information about an analyst’s downgraded revenue forecast only to “a handful of preferred customers.”

The securities class action lawsuit has been filed on behalf of all persons who purchased the common stock of Facebook, Inc, pursuant and/or traceable to the Company’s May 18, 2012 initial public offering (the “IPO” or the “Offering”), against the Company and certain individual defendants and the lead underwriters of the IPO for violations of the Securities Act of 1933.

The specific Facebook IPO lawsuit allegations are that on or about May 16, 2012 Facebook filed with the SEC a Registration Statement for the IPO. On May 18, 2012, the Prospectus with respect to the IPO became effective and 421 million shares of Facebook common stock were sold to the public at $38/share, thereby valuing the total size of the IPO at more than $16 billion.

The Complaint alleges that the Registration Statement and Prospectus contained untrue statements of material facts, omitted to state other facts necessary to make the statements made not misleading and were not prepared in accordance with the rules and regulations governing their preparation. Specifically, defendants failed to disclose that Facebook was experiencing a severe reduction in revenue growth due to an increase of users of its Facebook app or website through mobile devices rather than a traditional PC such that the Company told the Underwriters to materially lower their revenue forecasts for 2012.

And, defendants failed to disclose that during the roadshow conducted in connection with the IPO, certain of the Underwriter reduced their second quarter and full year 2012 performance estimates for Facebook, which revisions were material information which was not shared with all Facebook investors, but rather, selectively disclosed by defendants to certain preferred investors and omitted from the Registration Statement and/or Prospectus.

As of May 22, Facebook common stock was trading at approximately $31/share, or $7/share below the price of the IPO. Plaintiffs and the Class have suffered losses of more than $2.5 billion since the IPO.

This is going to be interesting…

Hanging Up on AllianceOne. This is AllianceOne has agreed to a preliminary $9 million settlement this week, of a consumer fraud class action pending against the company. Preliminary court approval was recently given.

The AllianceOne lawsuit alleges that the company violated the Telephone Consumer Protection Act by calling cell phones using an automated dialer or with a pre-recorded voice message without the recipients’ prior express consent.

Under the terms of the settlement, AllianceOne denies any liability (of course…does anyone ever accept liability?).

Here’s the facts as you need to know them: the agreement is subject to final court approval. The recovery, less attorneys’ fees and expenses to be paid to Class Counsel, will be distributed to class members who received an autodialed call from the company or their affiliates and agents on a cell phone without their prior consent between February 8, 2004 and November 30, 2010, under procedures to be implemented by the court overseeing the settlement. After paying administrative expenses, attorneys’ fees and costs, a donation to a charitable organization, and awards to class members, the remaining amount in the settlement fund, if any, will be returned to AllianceOne.

For more information about the settlement, go to www.AllianceOneSettlement.com.

Asbestos Lawsuit Settlement. The family of the recently deceased Hannibal “Scottie” Saldibar will hopefully have some closure now, as they have just been awarded a $2.4 million settlement in an asbestos mesothelioma lawsuit they brought.

Saldibar, a tile setter from New Haven, died after contracting the asbestos-related cancer. He was 84 when he died, and had worked as a tile setter for 30 years. He passed away in January 2010, just nine months after being diagnosed with asbestos mesothelioma.

According to a report by the CT Post, it took a Superior Court jury only 3 hours of deliberation before finding the Tile Council of North America liable in Saldibar’s death, and awarding his family $1.6 million. An additional $800,000 was then awarded by the judge, in punitive damages. Tile Council of North America developed the asbestos-containing mortar used by tile setters for many years.

That’s a wrap folks—you at the bar—and have a safe and enjoyable Memorial Day weekend as we remember our Vets! 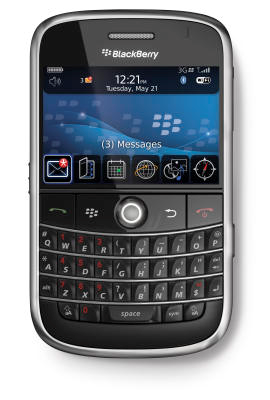