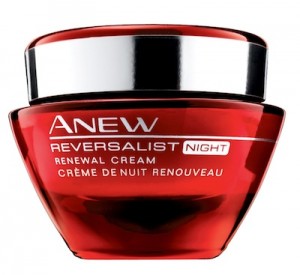 And the woman who’s at the lead of all this? That would be Lorena Trujillo, the lead plaintiff in the lawsuit, who alleges Avon earned “handsome profits” by misleading consumers into believing Anew anti-aging products can boost collagen production, recreate fresh skin and fortify damaged tissue, offering “at-home answers” to “procedures found in a dermatologist’s office.” Tall order, for sure, but hey—who wouldn’t want to believe it?

Earlier this month, the Food and Drug Administration (FDA) issued a warning to Avon regarding these anti-aging products, indicating that they have been misrepresented to consumers. In the warning, the FDA demanded that Avon revise certain advertising claims about the products, including the suggestion that they can change the structure or function of the body (hello, collagen production?) which would classify them as drugs under FDA regulations and require FDA approval. Therefore, Avon’s Anew anti-aging products “are not generally recognized among qualified experts as safe and effective,” the FDA said.

Unpaid Overtime in Overtime Already! An overtime class action lawsuit has been filed against Maxim Healthcare Services Inc, by Jasmine Lawrence, who was employed as a Home Health Aide by the defendant until October 2012.

In the Maxim Healthcare class action lawsuit, Lawrence alleges that Maxim Healthcare Services Inc, violated, and continues to violate, the Ohio Minimum Fair Wage Standards Act (OMFWSA) because of its willful failure to compensate her and the class members at a rate not less than one and one-half times the regular rate of pay for work performed in excess of 40 hours in a workweek. Lawrence claims she regularly worked over 70 hours per week while employed by Maxim Healthcare and the majority of her time was spent performing general housekeeping duties as opposed to patient care.

The LoJack settlement agreement involves no admission of wrongdoing, liability or violation of the law by the Company. In addition, the agreement bars the named plaintiffs in the California state class action from pursuing further claims against the Company.

And this Round’s on Them! Morgan Keegan & Co. Inc. has agreed to pay $62 million as part of a preliminary settlement of a securities class action involving more than 10,000 nationwide clients. The Commercial Appeal has reported the terms of the settlement won’t force the investment firm to admit any wrongdoing resulting from the 2008 meltdown of its mutual funds. Of course. Accidents happen…we all know that.

The lead plaintiff in this class action lawsuit is a Texas hedge fund which claimed a $2.1 million investment in Morgan Keegan’s closed-end mutual funds.

The Morgan Keegan settlement remains to be approved by a federal judge, and if approved, will leave one more class action outstanding against the investment firm, this one related to conventional mutual funds.