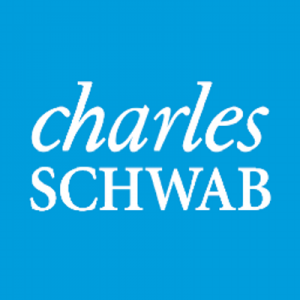 Charles Schwab caught with their hands in your pockets? Maybe. At least according to a class action filed this week alleging violations of the Employee Retirement Income Security Act of 1974 (“ERISA”). It was filed in the United States District Court for the Northern District of California against the Charles Schwab Corporation (“Schwab”) and certain of its subsidiaries on behalf of the participants in the 401(k) plan Schwab offered to its employees.

Short story: the complaint claims that Schwab included among the plan’s investment options certain mutual funds and collective trusts that were affiliated with Schwab, which allowed Schwab and its subsidiaries to collect unreasonable and excessive fees from its employees’ retirement savings. The complaint further alleges that Schwab imposed improper charges through a self-directed brokerage program, and used for its own purposes unallocated cash belonging to the 401(k) plan.

Heads up—participants in the Schwab 401(k) Plan may be members of the class.

Jimmy Choo to pay YOU—possibly. A $2.5 million settlement has been agreed by Jimmy Choo, potentially ending a privacy class action lawsuit alleging the luxury shoe manufacturer printed its customers’ sensitive data on credit card receipts, putting them at risk of identify theft, in violation of the Fair and Accurate Credit Transactions Act (FACTA).

Filed by Plaintiff Kerri C. Wood in October 2015, the Jimmy Choo lawsuit claims the defendant printed credit and debit card expiration dates and other sensitive information such as home addresses, phone numbers and cashiers’ names on its store receipts, in violation of FACTA.

Wood alleged that despite having had years to ensure it was in compliance with the FACTA amendment to the Fair Credit Reporting Act, Jimmy Choo deliberately chose not to comply.

According to the terms of the proposed Jimmy Choo settlement, Jimmy Choo would set up a $2.5 million fund to compensate opt-in class members who received point-of-sale credit or debit card receipts from a Jimmy Choo store containing a card expiration date between October 27, 2013, and November 2, 2013.

The estimated number of Jimmy Choo customers affected is 135,588. Depending on the exact number of the settlement class, each member could receive between $75 and $175 as compensation. Nice one.

The lawsuit was filed by Diana Mey in 2013. In the complaint, Mey claims that she and thousands of others received automated telemarketing calls that were commissioned by Frontier and placed to them by Virido on the Five9 predictive dialer pursuant to a contract between Frontier and Virido using a list of telephone numbers that Frontier provided.

Under the terms of the proposed agreement, each member of the settlement class will get a base payment of $90. The balance of the fund will then be divided on a per-call basis to class members who received multiple calls.

The settlement class consists of any person or entities who received a cellphone call placed by means of what the plaintiff contends was an automatic telephone dialing system, or who received two or more calls in a 12-month period on a number that had been on the National Do Not Call Registry for more than 30 days at the time of the calls.

In court document presented by Mey, there is a proposed class of individuals and entities that own 36,219 unique telephone numbers that have been identified as having received allegedly unlawful calls from Frontier.

Mey also pointed out that the proposed payments to potential class members exceed those handed out in other TCPA pacts that have been given court approval. She specifically cited four settlements reached since 2010 that have offered claimants payments ranging from $15 to $61.49.