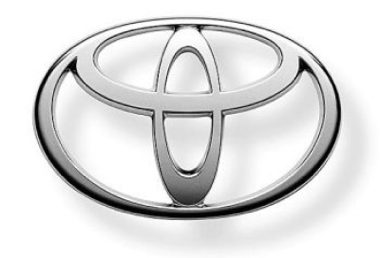 Toyota rejoins the automotive class action lawsuit alumni this week—with the filing of a new consumer fraud class action alleging it concealed information regarding oil consumption in the engines of some of its most popular models. The lawsuit claims that the engines in certain Toyota vehicles were prone to rapidly burning through oil just as they approached warranty expiration, causing owners thousands of dollars in repair costs. Now that’s convenient.

Filed in California federal court, the complaint alleges the defect can cause safety risk that can lead to catastrophic engine failure. The lawsuit claims the models affected include the Toyota Camry, Corolla, Matrix and RAV4.

According to the complaint, Toyota Motor Corp. was aware of the defect, and it notified authorized dealers of the problem in 2011, however, Toyota refused to pay to fix the vehicles when contacted by the plaintiffs. Really?

“Plaintiffs … bring this claim since the oil consumption defect typically manifests shortly outside of the warranty period for the class vehicles—and given defendants’ knowledge of this concealed, safety-related design defect—Toyota’s attempt to limit the warranty with respect to the oil consumption defect is unconscionable here,” the complaint states. The lawsuit states that the plaintiffs’ vehicles exhausted their oil supply in 3,440 to 4,300 miles ??” well before an oil change would typically be performed at 5,000 miles under Toyota’s recommended maintenance schedule. And, according to the lawsuit, once the plaintiffs contacted Toyota, it refused to repair the vehicles under the warranty, claiming it had either expired or failed to cover the defect.

Toyota was made aware of the problem after receiving information from dealers and records from the National Highway Traffic Safety Administration. The company also knew the nature and extent of the problem from its internal record keeping and durability testing, and from warranty and post-warranty claims, the complaint alleges.

The claims, which seeks unspecified damages, were brought under various state consumer protection and business law statutes, on behalf of consumers in California, Florida, Washington, New York and New Jersey. Additionally, the lawsuit claims violations of express warranty, fraud, and breach of the duty of good faith and fair dealing.

Walgreens may soon be dispensing settlement checks…the pharmacy chain reached a proposed $29 million settlement this week, which involves nine California wage and hour class action lawsuits, consolidated in federal court in California. The lawsuits had all alleged that Walgreens failed to provide its employees with adequate breaks, and pay them overtime for mandatory security checks.

The Walgreens settlement covers Walgreens nonexempt employees who worked at a California Walgreens store from May 13, 2007, including pharmacists and regular retail store employees.

A hearing will be held May 12, 2014, to determine whether to grant preliminary approval to the Walgreens unpaid overtime class action settlement.

Walgreens agreed to the settlement as a quick means for a resolution, despite its ongoing dispute of the claims. What – so it costs less to pay your employees than go to court? And the learning here would be?

Although the settlement was agreed in principal in August 2013, it has taken several months to finalize the details, consequently a preliminary settlement hearing will be held May 12, 2014. Here’s hoping…

Trader Joe’s trading a lawsuit for settlement? Heads up all you Trader Joe’s shoppers out there—a potential settlement is in the works regarding the consumer fraud class action lawsuit pending against Trader Joe’s. The class action claims certain food products carried and sold at the food retailers’ outlets are labeled as being “All natural”, when they contained synthetic ingredients. Yup. Heard that one before.

Trader Joe’s, being the latest in a long line of companies facing similar if not the same allegations, denies it did anything wrong or unlawful, of course. They claim, instead that the Products’ labels were truthful, not misleading, and consistent with the law.

For the complete skinny on the Trader Joe’s class action settlement and to download forms, visit: https://tjallnaturalclassaction.com/