Mind the Gap—the Credibility Gap that is. This week, two separate consumer fraud class action lawsuits were filed against The Gap Inc., Banana Republic LLC and Saks Fifth Avenue LLC in a California court alleging they deceived customers as to the quality and supposed savings of outlet store items.

According to the lawsuit against The Gap and Banana Republic, which The Gap owns, the company hides a “Factory Store” label with three squares on it, on clothing it sells at its outlets. The lawsuit claims that the label indicates the clothes were made specifically for the outlet and are of inferior quality to those sold in the traditional Gap and Banana Republic retail outlets.

In the Saks Fifth Avenue lawsuit, plaintiffs allege the retailer uses a manufactured “Market Price” inducing the consumer to believe that they would pay a higher price for the price at a traditional Saks Fifth Avenue store, in addition to putting the lower outlet price on the items, creating the impression that consumers are getting a discount.

However, the lawsuit contends that items sold at Saks Off 5th clearance stores were made specifically for the outlet. Named plaintiff Tova Malik says it was this perceived price savings that led her to purchase items from a Saks Off Fifth store at an outlet mall in Camarillo, California.

“Defendant labels its Saks Off 5th clothing with a tag that shows a markedly lower price from the “Market Price,” which corresponds to the price that appears to be used in traditional Saks Fifth Avenue retail stores,” the lawsuit states. “Plaintiff was lured in by this large price difference and as a result purchased items of clothing and accessories from defendant’s Saks Off 5th in July of 2014.”

A Prescription for Walgreens: Pay the overtime. Yup. This week the national pharmacy chain got hit with an unpaid overtime class action lawsuit filed in California federal court by pharmacists alleging the company violated California labor law and the Fair Labor Standards Act (FLSA) by failing to pay them minimum wage and overtime for training hours and time spent maintaining their uniforms.

According to the Walgreens lawsuit, lead plaintiff Debra Short was a nonexempt pharmacist with the company from September 1997 to April 2012. During that period, Walgreens denied its pharmacists overtime hours for training and failing to pay them all of their owed wages upon termination.

“As a result of defendants’ unlawful conduct, plaintiff and the other class members have suffered damages in an amount, subject to proof, to the extent they were not paid the full amount of wages earned during each pay period during the applicable limitations period, including overtime wages,” the complaint states.

Under the California Labor Code, if an employer does not maintain its own employee uniforms, then it is obligated to pay employees who must wear uniforms for one hour per week of uniform maintenance. According to the lawsuit, Walgreens failed to pay its pharmacists minimum wage for uniform maintenance time each week.

Further, the lawsuit claims that Walgreens failed to pay its pharmacists for class training time, which required at-home work and other training, all of which was necessary so the pharmacists would become certified in immunization and CPR administration.

Short also alleges that Walgreen’s pharmacists are required to work more than seven days in a row without rest days and that the company fails to compensate them for all of their wages earned upon termination of their employment, in violation of California Labor Code.

The case is Short v. Walgreen Co. , case number 3:14-cv-03747, in the U.S. District Court for the Northern District of California.

So LinkedIn may be about to settle a data breach class action lawsuit for $1.25 million.

Plaintiffs in a federal class action lawsuit are seeking approval of the settlement, potentially ending the action which stems from a 2012 data breach of LinkedIn Corp. The lawsuit claims the social media site misled customers about its data protection policies in connection with the data breach.

In the lawsuit, lead plaintiff Khalilah Gilmore-Wright claimed she and other class members purchased premium LinkedIn accounts believing that the company provided industry-standard security. However, LinkedIn’s security was in fac outdated and insufficient, resulting in a massive data breach in June 2012 in which a hacker posted 6.5 million user passwords onto the Internet.

According to the terms of the proposed LinkedIn settlement, if approved, LinkedIn would set up a $1.25 million fund from which class members could receive as much as $50. The class would include everyone who paid a fee to LinkedIn for a premium subscription between March 2006 and June 2012. Gilmore-Wright would receive $7,500. There are approximately 800,000 premium subscribers.

The case is In re: LinkedIn User Privacy Litigation, case number 5:12-cv-03088, in the U.S. District Court for the Northern District of California.

Ok Folks—time to adjourn for the week.  Have a fab weekend–see you at the bar!

Toyota rejoins the automotive class action lawsuit alumni this week—with the filing of a new consumer fraud class action alleging it concealed information regarding oil consumption in the engines of some of its most popular models. The lawsuit claims that the engines in certain Toyota vehicles were prone to rapidly burning through oil just as they approached warranty expiration, causing owners thousands of dollars in repair costs. Now that’s convenient.

Filed in California federal court, the complaint alleges the defect can cause safety risk that can lead to catastrophic engine failure. The lawsuit claims the models affected include the Toyota Camry, Corolla, Matrix and RAV4.

According to the complaint, Toyota Motor Corp. was aware of the defect, and it notified authorized dealers of the problem in 2011, however, Toyota refused to pay to fix the vehicles when contacted by the plaintiffs. Really?

“Plaintiffs … bring this claim since the oil consumption defect typically manifests shortly outside of the warranty period for the class vehicles—and given defendants’ knowledge of this concealed, safety-related design defect—Toyota’s attempt to limit the warranty with respect to the oil consumption defect is unconscionable here,” the complaint states. The lawsuit states that the plaintiffs’ vehicles exhausted their oil supply in 3,440 to 4,300 miles ??” well before an oil change would typically be performed at 5,000 miles under Toyota’s recommended maintenance schedule. And, according to the lawsuit, once the plaintiffs contacted Toyota, it refused to repair the vehicles under the warranty, claiming it had either expired or failed to cover the defect.

Toyota was made aware of the problem after receiving information from dealers and records from the National Highway Traffic Safety Administration. The company also knew the nature and extent of the problem from its internal record keeping and durability testing, and from warranty and post-warranty claims, the complaint alleges.

The claims, which seeks unspecified damages, were brought under various state consumer protection and business law statutes, on behalf of consumers in California, Florida, Washington, New York and New Jersey. Additionally, the lawsuit claims violations of express warranty, fraud, and breach of the duty of good faith and fair dealing.

Walgreens may soon be dispensing settlement checks…the pharmacy chain reached a proposed $29 million settlement this week, which involves nine California wage and hour class action lawsuits, consolidated in federal court in California. The lawsuits had all alleged that Walgreens failed to provide its employees with adequate breaks, and pay them overtime for mandatory security checks.

The Walgreens settlement covers Walgreens nonexempt employees who worked at a California Walgreens store from May 13, 2007, including pharmacists and regular retail store employees.

A hearing will be held May 12, 2014, to determine whether to grant preliminary approval to the Walgreens unpaid overtime class action settlement.

Walgreens agreed to the settlement as a quick means for a resolution, despite its ongoing dispute of the claims. What – so it costs less to pay your employees than go to court? And the learning here would be?

Although the settlement was agreed in principal in August 2013, it has taken several months to finalize the details, consequently a preliminary settlement hearing will be held May 12, 2014. Here’s hoping…

Trader Joe’s trading a lawsuit for settlement? Heads up all you Trader Joe’s shoppers out there—a potential settlement is in the works regarding the consumer fraud class action lawsuit pending against Trader Joe’s. The class action claims certain food products carried and sold at the food retailers’ outlets are labeled as being “All natural”, when they contained synthetic ingredients. Yup. Heard that one before.

Trader Joe’s, being the latest in a long line of companies facing similar if not the same allegations, denies it did anything wrong or unlawful, of course. They claim, instead that the Products’ labels were truthful, not misleading, and consistent with the law.

For the complete skinny on the Trader Joe’s class action settlement and to download forms, visit: https://tjallnaturalclassaction.com/ 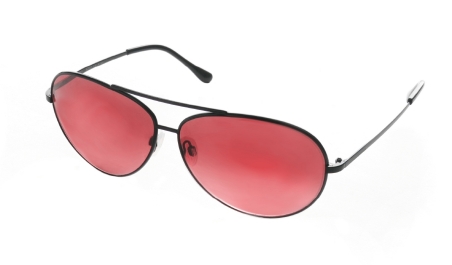 Wal-born is Wal-dead? If Wal-born isn’t protecting you from the cold or flu, then perhaps a free flu shot will. Walgreens has agreed to reimburse consumers who purchased END_OF_DOCUMENT_TOKEN_TO_BE_REPLACED