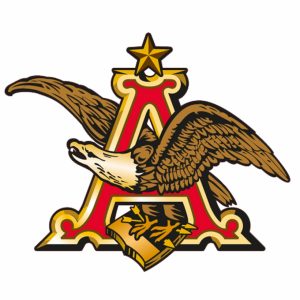 Wage & Hour Lawsuit Brewing... Another year, another unpaid overtime class action lawsuit, likely one of many to come. This lawsuit has been brought against Anheuser-Busch (AB) alleging the brewer fails to provide proper rest breaks and adequate compensation for overtime for its delivery and store merchandise employees.

Filed by former temporary employee Jose Hernandez, the lawsuit claims that Hernandez’s wage statement did not differentiate between hours paid at the regular pay rate and those paid at an overtime pay rate. The lawsuit further claims that his total pay didn’t take into account the overtime he had worked.

Allegedly, AB also systematically denied its delivery and store merchandising workers their breaks and didn’t pay them for that time.

According to the allegations, Hernandez worked as a temporary employee setting up retail displays from August to October 2016, at a pay rate of $10.50 per hour. However, while working for AB, he was required to work through what was supposed to have been state-mandated break time. The defendant allegedly did not always pay Hernandez properly for the overtime and double time he was supposed to have earned, in violation of California labor law.

The hours worked in each pay period as listed on his wage statements didn’t add up to the total hours he had actually put in, and the company didn’t always compensate him for the overtime he worked, Hernandez claims.

Heads up – Hernandez is looking to represent a class of delivery and merchandising employees for Anheuser-Busch’s California business who received itemized wage statements, worked more than 3.5 hours without a break, or worked more than eight hours in a day from January 2013 to the present, according to the complaint.

The case is Jose Hernandez v. Anheuser-Busch LLC et al., case number BC646330, in the Superior Court for the State of Los Angeles, County of Los Angeles.

Filed on behalf of Shaina Dorsey, the TD Bank lawsuit contends that the sustained overdraft charge of $20 is imposed on customers’ accounts after an initial charge of $35 for the overdraft itself, and exceeds the limit permitted by the National Bank Act.

“Unlike an initial overdraft fee, the Sustained Fee for Overdrawn Accounts is an additional charge to a customer for which the bank has provided nothing new in the way of services,” the lawsuit states. “The charge is based solely on the alleged indebtedness to the bank remaining unpaid by the customer for a period of time.”

According to the complaint, Dorsey’s checking account went into “overdraft” status in August 15, 2016 and remained that way until September 8, 2016. The $20 fee on August 26, 2016 was in addition to six other fees totaling $210 “for transactions that created her ‘overdraft’ status in the first place.” Ouch!!

The class action suit claims that the fees are technically interest charged at an illegal rate and, when factoring for the legally permitted rates, are tens of times greater than what could be imposed.

The lawsuit seeks plaintiffs who use TD Bank and were charged with the extended overdraft charges.

Under the terms of the proposed agreement, Harmless Harvest has agreed to have an independent third-party consultant watch over them for a period of two years from the effective date of the settlement. The consultant’s role  will involve reviewing product labels for ongoing accuracy (as they can’t do this in-house?) and provide reports to class counsel.

About the money…the company also agrees to bear the cost of the consulting fees. The company has also agreed to pay incentive awards to the named plaintiffs, totalling $20,000.

We will keep you posted so watch this space for updates.

Well folks –that’s a wrap for this week. See you at the bar.