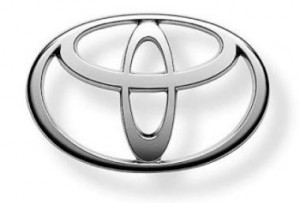 According to the Toyota lawsuit, plaintiff Brian Trenz claims he and others were victims of an information-sharing agreement between Toyota and Sirius. The alleged agreement enables Toyota to share customer data with Sirius in exchange for temporary free trials of Sirius’ radio entertainment services in new and preowned cars Toyota sells. The lawsuit claims that Sirius then used that information to make unauthorized calls to Trenz’s cellphone, which is a violation of the TCPA.

“Sirius makes these telemarketing calls in order to convert the recent purchasers of these Toyota vehicles into paid subscribers of Sirius,” according to the lawsuit.

According to the complaint, Trenz bought a Chevy truck from a Texas Toyota dealership in September 2014, after which, the plaintiff alleges, Sirius made more than 30 calls to his cellphone using an automatic dialing system, in violation of the TCPA. Trenzclaims that none of the sales documents from the Toyota dealership included a warning that Trenz’s information might be given to a third-party like Sirius, and Sirius never sought or received his consent for the call. When Trenz asked Sirius call representatives how they obtained his information, they were allegedly forthright about having obtained it from Toyota, the lawsuit states.

Similarly, Trenz claimed a Toyota dealership employee assured him it was “common knowledge” that the information would be passed along. According to the lawsuit, Trenz was unaware of a free trial of Sirius’ services included in the purchase of his truck, and did not become aware of the availability of the service until he began receiving the calls. Further, Trenz claims that Sirius radio never worked in his vehicle, and he never listened to it.

Even though Sirius is responsible for the calls, Toyota is vicariously liable for the TCPA claims because the company provided the customer information, the complaint states.

The lawsuit seeks certification of a nationwide class consisting of anyone who received unsolicited calls from Sirius in the four years prior to the complaint, regardless if they first bought a car from a Toyota dealership. In addition, the suit seeks a separate nationwide subclass of individuals who first bought a new or preowned car from a Toyota dealership with a free Sirius trial and received unsolicited calls from the company in the last four years.

The lawsuit is case 3:15-cv-00044, in the U.S. District Court for the Southern District of California.

Is the Overdraft Fee Straggler Finally Settling? Capital One Bank NA has been ordered to pay in excess of $31.7 million to settle a multidistrict litigation (MDL) alleging several banks processed customer transactions in an order that would make the banks the most in overdraft fees.

The Capital One MDL settlement received preliminary approval Wednesday, and follows earlier settlement agreements made with several other banks named in the suits, which were filed in 2010. Hello!

A final approval hearing has been requested for May. The plaintiffs state that the agreement is “an outstanding result for the settlement class.” If approved, it will see a cash payment amounting to roughly 35 percent of the most likely maximum recovery the settlement class could have recovered through a trial.

What’s Cooking in Wolfgang’s Kitchens? A $1.7 million settlement for a California unpaid overtime class action lawsuit, that’s what. The lawsuit was brought against Spago Beverly Hills, Wolfgang Puck Bar & Grill in Los Angeles, and Chinois in Santa Monica, California by some 900 current and former employees at the restaurants.

According to the terms of the Wolfgang Puck settlement, $7,500 will be paid to lead plaintiff Ruben Sanchez, who filed the lawsuit in December 2012. He claimed Wolfgang Puck’s restaurants violated wage and hour laws, and failed to reimburse employees for business-related expenditures, among other labor violations. According to court documents, there are 888 eligible employees who will participate in the settlement.

Additionally, the restaurant company will pay $10,000 to the California Labor and Workforce Development Agency, and if more than $10,000 of the class checks should turn out to be uncashed, undeliverable or expired, the difference would go to class members who cashed their checks within 90 days of the mailing on a pro rata basis. If the amount is less than $10,000, it will instead go to the Los Angeles Center for Law and Justice.