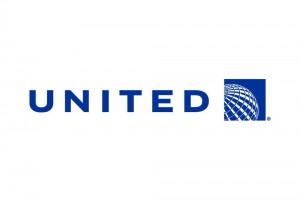 Just how friendly are United’s friendly skies? Not very according to a potential consumer fraud consumer fraud class action lawsuit filed against United Airlines Inc. in Texas federal court this week. The lawsuit claims the airline routinely violates its website’s “low fare guarantee” when passengers buy multiple tickets on a flight at the same time.

Filed by plaintiff Scott Coulier, the lawsuit claims that if a customer attempts to purchase several tickets at the same time, but only a few seats are available at a relatively low price, United.com will offer all the tickets at a higher price instead of letting users buy the outstanding cheaper tickets and as many higher priced tickets as necessary.

According to the United Airlines lawsuit, there is no disclosure by United that its ticketing system sells multiple tickets at the same time only if they have the same price. Further, the lawsuit claims the airline deletes the lower priced tickets it skips overs. According to the complaint, the deletion is key, as United’s guarantee will only refund customers if the airline’s employees can find the lower priced fares after the transaction.

United’s guarantee states that if customers can find lower fares for the same flight, itinerary and cabin after they purchase a ticket through United.com, the airline will refund the difference and hand out a $100 credit if the difference is $10 or more. However, according to the complaint, the terms do not properly define “itinerary” and are impossible to satisfy because United does not allow customers to use screenshots taken before their purchase to prove there were less expensive options.

In the lawsuit, Coulier claims he bought three tickets on United, from Peoria, Illinois, to Orlando Florida, for his family for $182 per seat. However, he believes he could have paid less if he bought the tickets individually. He alleged United’s policies artificially restrict low class fares when bought together.

“Defendant engages in this deceptive and unfair practice as a way to profiteer from unsuspecting consumers, such that plaintiff and the putative class paid more than the lowest available price for the same tickets,” the lawsuit states. “Such conduct is a bait-and-switch sales practice.”

The case is Scott Coulier v. United Airlines Inc., case number 4:15-cv-00190, in the U.S. District Court for the Southern District of Texas.

Wet Seal got slapped… with an employment class action lawsuit this week, alleging violations of the Worker Adjustment and Retraining Notification (WARN) Act by two employees who claim they and got soaked in the recent business closure.

Short version—the Wet Seal lawsuit, filed on behalf of some 3,700 employees, claims that the clothing retailer has violated California and federal labor laws by keeping their employees ignorant of the company’s financial struggles and impending closure. Wet Seal announced last week that it will file for bankruptcy.

The named plaintiffs, Katelin Pruitt, an employee in a store in North Carolina, and Lalaine Ortega, who worked in Georgia, allege the company failed to tell them about its precarious financial situation.

“Despite strong evidence that Wet Seal was in steep decline, it continued to keep its employees uninformed right up until they abruptly fired 3,695 of their employees,” the lawsuit states. The lawsuit seeks to represent a class of former Wet Seal employees who lost their jobs as a result of the layoffs the company announced January 7, 2015. According to the complaint, the class is seeking 60 days pay and benefits for class members.

eBay reached a $6.4 million settlement agreement this week, potentially ending an unfair business practices class action brought against online retailer on behalf of approximately 1.2 million eBay account holders, although the number of actual users represented by those accounts was unclear as one person could have multiple accounts. They alleged they were charged hidden and recurring listing fees to sell their goods through the online auction site.

Under the terms of the proposed agreement, eBay would pay class members $4.5 million with the remainder going on legal and administration fees. The payments to class members would be made as an automatic credit to their accounts.

The lawsuit was filed by plaintiff Richard Noll in September 2011, alleging eBay suggested that the Good ‘Til Canceled listings, which automatically renew every 30 days until the seller cancels the listing or the item is sold, came “at no extra cost” when fees were actually charged on a monthly basis.

Hokee Dokee—That’s a wrap folks…Time to adjourn for the week.  See you at the Bar!