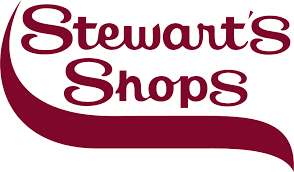 Stewing Over Pay at Stewart’s…It seems we just can’t get enough of the old employment class action lawsuit. This one, filed against Stewart’s Shops has been certified in New York. The complaint states that the Malta-based convenience store chain failed to properly compensate its employees for all the hours worked. There are so many instances of labor law violations, I wonder, does anyone actually get paid properly anymore?

The Stewart’s Shops lawsuit was filed by a former employee against the chain in January 2014, alleging she and other workers were not paid for all the hours they worked, and for mandatory call-in pay for store meetings and that they were deprived of an uninterrupted meal break.

The plaintiffs are seeking $20 million in damages on behalf of all non-exempt hourly employees who worked for Stewarts during the past three years.

Reportedly, a collective action has been certified under federal law for full-time employees who worked more than forty hours in any given week and were deprived of overtime compensation.

FYI—the Malta-based convenience store chain has 335 stores in upstate New York and Vermont, and $1.5 billion in sales. No comment.

Power Home Power Calling You? You gotta love it when you actually stick it to a spammer. This week, court approval has been given to a $5.2 million settlement of a Telephone Consumer protection Act (TCPA) class action lawsuit pending against Power Home Remodeling Group LLC. The lawsuit claimed the company had violated the TCPA because it made automated marketing calls to over a million consumers without their consent.

The judge certified a class of more than 1.1 million people, and granted final approval of the Power Home Remodeling settlement, ending the lawsuit brought by plaintiff Teofilo Vasco. The autodialed telemarketing calls or prerecorded, computer-generated voice messages were made between October 2013 and April 2016, approximately.

The judge also awarded a $3,000 award to the named plaintiff, Vasco, who filed the lawsuit in August 2015. He alleged he gave his cellphone number to a Home Depot salesperson and later received 21 unsolicited phone calls from Power seeking his business by way of an autodialer or prerecorded voice message.

Nissan got hit this week, with a preliminary settlement deal reached in three defective automotive class action lawsuits. The first Nissan lawsuit, brought in 2014, alleged that the transmissions in certain model-year certain Pathfinder and Infiniti QX60 vehicles were defective. You may remember this one.

Under the terms of the proposed Nissan agreement, Nissan North America Inc. has agreed to give all owners and lessees of nearly 200,000 Nissan Pathfinders and Infiniti JX35s/QX60s vehicles from model years 2013 and 2014 a free, two-year 24,000-mile extended warranty for their transmissions. Also, owners will be instructed on how to update their vehicles’ software to include detection of the transmission vibration problem referred to as “judder.” Oh great, there’s computer technology involved.

According to the settlement, owners of affected vehicles that underwent two or more repairs to their transmissions may be eligible for discounts on future purchases of a Nissan or Infiniti vehicle. The deal requires court approval.