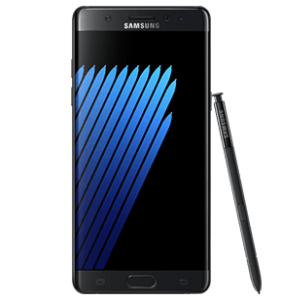 Galaxy on Fire. Well folks, you knew it was coming…take Note (bad pun)… Samsung, not surprisingly, got hit with a defective products class action lawsuit this week, alleging its Galaxy Note 7 smartphone is prone to catching on fire and exploding. No kidding…

Specifically, the Samsung Galaxy lawsuit alleges that as a result of the defect, Samsung customers had to wait days or weeks for a replacement phone. In the meantime, they’re charged monthly fees by carriers for phones they can’t use.

The three plaintiffs from New Jersey who filed the suit allege users should be compensated for the money they paid for devices and plan charges to cellular operators while the South Korean phone maker took its time replacing and finally discontinuing the Note7’s.

The complaint alleges that many Note7 users were unable to use their devices due to the possibility they could overheat and burst into flames. When consumers who tried to exchange their phones during the initial recall period, they were often unable to because of limited stock.

Consequently, some customers were told that they would have to wait weeks until a replacement phone was available. “It was not until September 21 that Samsung announced that it would begin the Note7 exchanges nationwide. And even on that date, only an estimated 500,000 replacement devices had arrived in the United States,” the complaint states.

Further, the complaint alleges that users incurred monthly device and plan fees during that same period from their phone carriers.

The case is re: Waudby vs Samsung Electronics America, U.S. district court, district of New Jersey, Newark, No . 16-cv-07334-CCC-JBC.

Bed, Bath & Beyond has gone Beyond, according to the details of an unpaid overtime class action lawsuit filed by former department and assistant managers. They claim the retailer is in violation of the Fair Labor Standards Act (FLSA).

The allegations in the Bed, Bath & Beyond overtime lawsuit are that BB&B improperly denied the plaintiffs overtime by not meeting the FLSA requirements for a “fluctuating work week” model, which are that employees’ hours to change from week to week, they have a fixed salary that meets minimum wage requirements, and a 50 percent overtime premium for hours worked in excess of 50 hours. According to the lawsuit, the Bed Bath & Beyond department managers had relatively stable schedules and did not meet the fluctuating work week model.

The plaintiffs also assert that assistant managers were unlawfully classified as exempt employees who did not receive any overtime pay, that the company violated labor laws by failing to provide a wage notice at the time of hire outlining terms and conditions, and that employees didn’t properly receive pay stub information.

The plaintiffs are claiming violations of the FLSA and state labor laws, and seek unpaid overtime wages, liquidated damages, prejudgment and post-judgment interest and attorneys’ fees. The complaint seeks to create a collective action for FLSA overtime compensation violations, consisting of those who are or were department managers or assistant managers from October 2013 through the present. Additionally, the lawsuit seeks to create a class of all non-exempt Bed Bath & Beyond employees within the past six years for failure to pay overtime and failure to provide proper wage notice at the time of hiring.

Poached Dreams? If this doesn’t prove it pays to stand up for yourself, what does? A $50 million settlement has been agreed in an antitrust anti-employee poaching class action lawsuit pending against Dreamworks Animation. The lawsuit, filed in 2014, alleged that the animation company perpetuated a “no poach” gentleman’s agreement with other studios over the hiring of animators. Gentlemen’s agreement?

According to a statement by a group of animators and visual effects employees who worked for the studios, “The Proposed Settlement Agreement was the product of a thorough assessment of the strengths and weaknesses of plaintiffs’ case.” And, “It reflects nearly two years of discovery, uncovering the intricacies of a multi-faceted conspiracy.”

The group has asked the court to grant preliminary approval of the Dreamworks settlement, calling it fair and reasonable. They stated that the money represented about 40 percent of the damages sustained by class members, who were previous employees of Dreamworks, as a result of the scheme.

The allegations of colluding to stop poaching and driving up pay rates, resulted from a U.S. Department of Justice probe into the hiring practices of Silicon Valley businesses. Earlier this year, the animators, while pushing for class certification in their case, told the court that the studios’ collusion dates back several years and suppressed their pay by as much as 30 percent in some years.

The case is In re: Animation Workers Antitrust Litigation, case number 5:14-cv-04062, in the U.S. District Court for the Northern District of California.