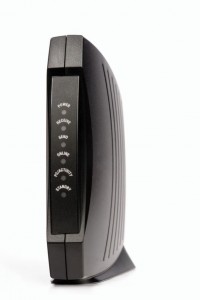 License to Steal? Depends how you define the term “Steal” – if Time Warner has its way, it will be defined as a “modem lease fee.” Not surprisingly, this seemingly minor addition to the monthly fees their customers already face is being challenged in not one but two consumer fraud class action lawsuits. The allegations involve said modem “lease” fees, and the way in which the company announced the new fees. As many as 15 million customers could be affected by the lawsuits.

In the Time Warner class action papers filed in New York and New Jersey courts, customers contend that the $3.95 fee is illegal because it’s not included in existing customer agreements, the company did not give mandatory 30-day notice and it notified customers with a “paltry postcard.”

Furthermore, while Time Warner told its customers that they could buy their own modems, it stipulated that customers could only use approved devices—all of which are the more expensive Motorola models.

“It’s just a scam to increase revenue,” said Steven Wittels, one of the lawyers representing the plaintiffs. The fee took effect October 15, and is projected to raise $40 million a month and more than $500 million a year in revenue for Time Warner, which is currently valued at around $19.7 billion. ChaChing!

The suits were brought on behalf of Manhattan resident Kathleen McNally and Fort Lee resident Natalie Lenett as well as all customers in the 29 states where Time Warner operates.

Iraq War Toxic Exposure Settlement. 12 soldiers who became ill after serving in the Iraq war have been awarded an $85 million settlement in their personal injury lawsuit against American military contractor Kellogg Brown and Root (KBR).

In their lawsuit, the first concerning soldiers’ exposure to a toxin at a water plant in southern Iraq, the servicemen allege that KBR was negligent. Specifically, they claim that as a result of exposure to sodium dichromate, they now suffer from respiratory diseases. Furthermore, they are deeply concerned that a carcinogen the toxin contains, hexavalent chromium, could cause cancer later in life.

Each of the dozen Army National Guardsman involved in the lawsuit was awarded $850,000 in non-economic damages and another $6.25 million in punitive damages for “reckless and outrageous indifference” to their health.

Another lawsuit from Oregon Guardsmen is on hold while until trial is completed. Additional, similar lawsuits are also pending in Texas involving soldiers from Texas, Indiana and West Virginia.

KBR was the engineering and construction arm of Halliburton during the Iraq war. Halliburton and KBR split in April 2007.

Wal-Mart Injured Workers Settlement. Wal-Mart’s back in our weekly wrap–can you guess what for? Yes—it’s employment related. Final approval of an $8 million settlement has been granted by a federal judge, ending a workers compensation class action lawsuit brought by injured Wal-Mart employees in Colorado against the retailer and its service providers. The workers compensation lawsuit was brought in March 2009. The plaintiffs alleged the retailer, Claims Management Inc (CMI) and Concentra Health Services hindered medical providers from making independent judgements on how to treat injured workers.

Under the terms of the Wal-Mart settlement,  Wal-Mart Stores and its adjuster, CMI, must pay $4 million, while Concentra in Colorado, through its insurer, will pay another $4 million. Further, each injured Colorado Walmart worker who was treated at a Concentra facility will receive $520, while those treated at other facilities will receive $50.

The settlement also stipulates that Wal-Mart and CMI provide training to adjustors who will handle future worker compensations claims in the state. And, Concentra must also provide periodic training to its marketing and sales force regarding state laws that prohibit outside interference in how care is provided.

And on that note…I’ll see you at the bar–martinis are chilling! Have a great weekend!