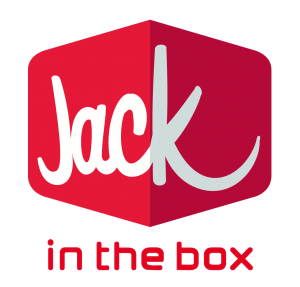 Another Week, Another Employment Lawsuit…in fact, this is just one of several employment lawsuits filed this week. But let’s look at this one alleging Jack in the Box (JB) Jacks its employees. The fast food chain is facing an employment class action lawsuit filed by a former store manager who alleges the fast food chain failed to pay him overtime wages despite his regularly working in excess of 72 hours per week.

According to lead plaintiff Joseph Rico in the Jack in the Box lawsuit, the company allegedly misclassified Rico and other store managers as exempt employees under California labor law, enabling the company to pay them a fixed amount of wages. Rico alleges that he worked at the burger chain between February 2014 and July 2015, during which time he was often asked to fill in for non-exempt hourly employees who had worked 40 hours in a given week, allowing JB to minimize overtime pay.

“Jack In The Box has a policy and practice of misclassifying store managers as salaried exempt employees,” Rico states in his complaint. “… Jack In The Box had and continues to have a corporate aversion to paying its employees overtime wages.”

The complaint asserts that Rico was told by that he would be earning $45,000 a year and working about 47.5 hours per week on average. However, Rico claims he regularly worked over 72 hours, and occasionally as much as 80 hours per week, rarely had time to take breaks and was not compensated for breaks that were missed or interrupted.

According to Rico, on Mondays he started work at 4 a.m., spending the early hours doing inventory, and then performing non-exempt tasks like filling orders, working the grill, deep fryer and drive through, stocking the restaurant and providing janitorial, custodial, security and repair services.

Rico states he did not receive a break from work until at least 2 p.m., and even then the break would only be a few minutes long, if customer flow allowed for it. On most days, Rico claims he worked until 7 p.m. or later, according to the lawsuit. He cites additional examples of excessive hours worked, throughout a work week, without breaks, performing non-exempt tasks.

Further, the Jack in the Box lawsuit claims that Rico and other store managers did not receive wage statements, as required by California Labor Code, that they were not paid the wages they were due if they were terminated or resigned, and that they had to pay out of pocket for any restaurant repairs, but were not reimbursed.

The case is Joseph Rico, on behalf of himself and all others similarly situated, v. Jack in the Box Inc. and DOES 1-50, inclusive, case number BC599920, in the Superior Court of the State of California County of Los Angeles.

Defective Air Bags get a Settlement of Sorts… This one, between Takata and the Department of Transportation’s National Highway Traffic Safety Administration (NHTSA). The price tag for Takata is a whopping $200 million. The offense? Defective air bags, which caused 7 deaths and nearly 100 air bag injuries in the United States and now involves the recall of 23 million inflators, and 19 million vehicles by 12 automakers. Read on.

The NHTSA issued two orders this week, both of which impose the largest civil penalty in NHTSA’s history for Takata’s violations of the Motor Vehicle Safety Act, and for the first time use NHTSA’s authority to accelerate recall repairs to millions of affected vehicles. Additionally, the actions prioritize recalls so the greatest safety risks are addressed first, and set deadlines for future recalls of other Takata inflators that use a suspect propellant unless they are proved to be safe.

Here’s the skinny—short-ish version: the Consent Order issued to Takata imposes a record civil penalty of $200 million and requires the company to phase out the manufacture and sale of inflators that use phase-stabilized ammonium nitrate propellant, which is believed to be a factor in explosive ruptures that have caused 7 deaths and nearly 100 air bag injuries in the United States.

Of that $200 million fine, $70 million is payable in cash. An additional $130 million would become due if Takata fails to meet its commitments or if additional violations of the Safety Act are discovered.

The Consent Order also lays out a schedule for recalling all Takata ammonium nitrate inflators now on the roads, unless the company can prove they are safe or can show it has determined why its inflators are prone to rupture.

And there’s a confession…as part of NHTSA’s Consent Order to Takata, the company has admitted that it was aware of a defect but failed to issue a timely recall, which is consumer fraud and a violation of the Motor Vehicle Safety Act. In connection with the Consent Order, NHTSA also issued findings that Takata provided NHTSA with selective, incomplete or inaccurate data dating back to at least 2009, and continuing through the agency’s current investigation, and that Takata also provided its customers with selective, incomplete or inaccurate data. Nice.

The order also imposes unprecedented oversight on Takata for the next five years, including an independent monitor selected by NHTSA to assess, track and report the company’s compliance with the phase-out schedule and other requirements of the Consent Order, and to oversee the Coordinated Remedy Program.

Separately, the Coordinated Remedy Order issued to Takata and the 12 vehicle manufacturers involved in the existing Takata recalls directs them to prioritize their remedy programs based on risk, and establishes a schedule by which they must have sufficient parts on hand to remedy the defect for all affected vehicles. The order also establishes a Coordinated Remedy Program under which the agency will oversee the supply of remedy parts and manage future recalls with the assistance of an independent third-party monitor.

In the Coordinated Remedy Order NHTSA is using for the first time legal authority which was established in the 2000 TREAD Act to allow the agency to accelerate safety defect repairs if manufacturers’ remedy plans are likely to put Americans at risk. NHTSA announced in June that it was considering use of that authority, and has since gathered information and comment from vehicle manufacturers, parts suppliers and the public as part of a proceeding to determine whether and how to best address recalls involving more than 23 million inflators, 19 million vehicles and 12 automakers.

Under the Coordinated Remedy Order, vehicle manufacturers must ensure they have sufficient replacements on hand to meet consumer demand for the highest-risk inflators by June 2016, and to provide final remedies for all vehicles—including those that will receive interim receive interim remedies because of supply and design issues—by the end of 2019.

And What about the Price of Optical Disc Drives, you ask? Well, a proposed $37 million settlement has been filed in an antitrust class action alleging multiple electronics makers, colluded to fix prices of optical disc drives, which read or write data on CDs, DVDs and Blu-rays and are found in computers, video game consoles and other devices.

According to court documents, the direct purchasers have asked California’s Northern District to preliminarily approve each settlement, provisionally certify settlement classes, approve the form and manner of notice to the class, appoint class counsel, approve a plan of allocation, and establish a schedule for final approval and for class counsel’s motion for attorneys’ fees and costs.

The proposed settlement class includes all individuals and entities who purchased one or more optical disk drives in the US directly from the defendants or any of their subsidiaries or affiliates between January 1, 2004 and January 1, 2010.

The case is In re: Optical Disk Drive Products Antitrust Litigation, case number 3:10-md-02143, in the U.S. District Court for the Northern District of California.

Ok—That’s a wrap folks… See you at the Bar!