The week’s top class action lawsuits and settlements including Target data breach, the Meningitis outbreak of 2012, and Costco gender discrimination. 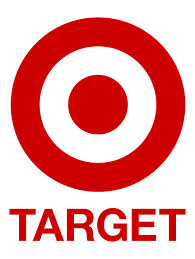 Guess that 10% Discount wasn’t enough… This one made international headlines in December—well the data breach did. This week, a class action lawsuit was filed against retail giant Target, over the data breach of up to 40 million customer’s credit and debit cards.

Filed in California federal court by lead plaintiff Lisa Purcell (“Plaintiff”), the Target lawsuit seeks to represent all those similarly situated to obtain damages, restitution and injunctive relief for the Class. “The information Target lost, including Plaintiff’s identifying information and other financial information, is extremely valuable to thieves. As the Federal Trade Commission (“FTC”) recognizes, once identity thieves have personal information, they can drain your bank account, run up your credit cards, open new utility accounts, or get medical treatment on your health insurance,”’ the lawsuit states.

The Target data breach lawsuit states “ Investigators believe the data was obtained via software installed on machines that customers use to swipe magnetic strips on their cards when paying for merchandise at Target stores.” And “The thieves may also have accessed PIN numbers for affected customers’ debit cards, allowing the thieves to withdraw money from those customers’ bank accounts. Thieves could not have accessed this information and installed the software on Target’s point-of-sale machines but for Target’s negligence, and that Target failed to implement and maintain reasonable security procedures and practices appropriate to the nature and scope of the information compromised in the data breach.”

Not so very Ho Ho Ho.

Remember this? 2012—Nationwide Meningitis Outbreak? Sure you do. The outbreak affected over 700 people, with 64 fatalities in 20 states? Well, this week a $100M settlement was reached between the compounding pharmacy allegedly behind a massive fungal meningitis outbreak last year and victims and their families.

Paul Moore, a trustee of the now bankrupt New England Compounding Center, supported the preliminary settlement agreement. “We are pleased that a significant amount of funds will become available for distribution to victims and their families as compensation for the deaths, injuries and suffering they endured as a result of this tragic meningitis outbreak,” Moore told CNN.com. If approved, the settlement will also be used to pay out the pharmacy’s creditors.

In a statement issued announcing the settlement, the pharmacy’s owners said they deny any liability or wrongdoing, but want to play a major role in establishing a fund for those who died or suffered “as a result of this tragic outbreak.”

Bet Women at Wal-Mart are Watching this one… Costco has agreed to a tentative $8 million settlement in a gender discrimination class action lawsuit At the heart of the lawsuit are allegations the wholesale retailer engages in promotion practices that disadvantage women in the company: rather than posting positions internally and letting qualified candidates apply, candidates were hand-picked for promotions to managerial positions. The result was that fewer women rose to senior managerial positions.

If the Costco settlement is approved, it would provide compensation for current and former employees who were incorrectly denied promotions. Claimants still with the company who were improperly denied promotions may be eligible to receive up to $50,000, and former employees up to $300,000, depending on the position. Also part of the settlement terms is an undertaking by Costco to reform its internal promotion process, to allow employees equal opportunity to apply for management jobs going forward. A fairness hearing is scheduled for February 2014.

The lawsuit alleges Costco has pursued policies and practices on a continuing basis which result in the denial of equal job opportunities to qualified women. Specifically:

Relying upon subjective, gender-based and/or arbitrary criteria utilized by a nearly all male managerial workers in making promotion and compensation decisions;

Failing to follow a uniform job posting procedure to guarantee that all employees have notice of openings;

Failing and refusing to consider females for promotion on the same basis as males are considered;

Failing and refusing to promote females on the same basis as males are promoted and compensated;

Failing to provide females with accurate and timely notice of promotional opportunities; and

Maintaining and fostering a reputation for discriminatory conduct which deters females from pursuing promotion opportunities with Costco.

The initial lawsuit was filed in 2002, and refiled in 2004. It was not certified until September 2012. Talk about “keeping the faith!”