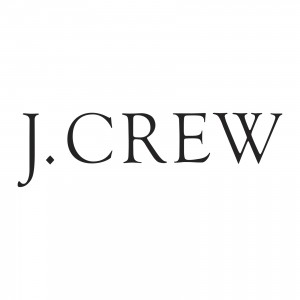 It’s on Sale—or—Maaaybe Not? J Crew got hit with a consumer fraud class action lawsuit this week, alleging the clothing retailer set an arbitrary “valued at” price for every item offered for sale on the J. Crew Factory store website. BUT—of course there’s a “but” —prices depicted as “original” or “regular” are allegedly misleading because no items are ever sold at the “valued at” price, but rather always sold at a price lower than the “valued at” price. So that would make those prices the regular prices, no?

Filed by Joseph A. D’Aversa, individually and for all others similarly situated, the J Crew sale pricing lawsuit further claims the defendants state their advertised sale prices are only available for a limited time. However each sale is immediately followed by another, similar sale. Consequently, the prices on J. Crew’s factory website are not discounts at all, but in fact the regular prices of the items, the complaints states, in violation of federal regulations prohibiting the advertising of “phantom” price reductions.

Nasty, Negligent, and Not the First Time, Apparently. The Swedish Medical Center, in Denver, is facing a class action lawsuit alleging negligence regarding the hiring of an employee who, the three named plaintiffs Angelica Porras, Catherine Pecha and Gary Wolter, claim exposed themselves and other patients at the center to HIV, hepatitis B or hepatitis C.

Specifically, the Swedish Medical Center lawsuit claims the hospital negligently hired Rocky Allen, who has been indicted on two federal counts alleging he was caught stealing a syringe filled with fentanyl from an operating room. According to court documents, by the time the hospital hired Allen, he had been fired from four other hospitals. Further, he was court-martialed in 2011, when he was serving with the Navy in Afghanistan, for the theft of fentanyl. Court testimony revealed that he is carrying an undisclosed blood borne pathogen.

“By the time Allen appeared on the doorstep of SMC in August 2015 looking for a job as a surgical technician, all the warning signs of what would later occur at SMC were present,” the lawsuit states. “Allen already had been terminated by numerous other hospitals for the exact conduct that has now exposed thousands of SMC patients at an increased risk of blood borne pathogens.”

According to the complaint, despite having received negative test results for the three viruses, the three named plaintiffs were told that they remain at risk and should pursue continued blood testing.

The lawsuit claims the hospital negligently inflicted emotional distress and failed to properly supervise Allen after hiring him. The plaintiffs are seeking class-action status for anyone who had surgery at Swedish between August 17 and January 22. The hospital has offered free blood tests to 2,900 patients.

The named defendants are Swedish and its parent companies, Hospital Corp. of America and HealthONE of Denver Inc. The lawsuit also notes that another HealthONE hospital, Rose Medical Center, has experienced a drug-theft scandal. Yes, seem to remember that one.

Wheelin’ & Dealin’ in the Worst Way? This is seriously uncool—Michael Mann, owner of Seattle-based Wheelchairs Plus, Inc., has been ordered to pony up $2.7 million to the Washington State Attorney General Bob Ferguson, who brought charges of consumer fraud against the company for overbilling Medicaid for some dodgy wheelchairs.

The facts, as reported, are that Mann billed the Medicaid program for 119 new wheelchairs, when in fact used wheelchairs were delivered to the disabled and poor across the state of Washington.

According to the allegations, between 2009 and 2012 Mann purchased used wheelchair parts from places including Craigslist and nursing home “graveyards.” He then assembled the mismatched parts into wheelchairs, painted them and sold them as new.

Ferguson’s office claims that Mann billed Medicaid as if these wheelchairs were new, unlawfully receiving $550,000 from the Medicaid program.

Wonder if there will be any new wheelchairs to replace the “recycled” ones?

Ok…That’s a wrap folks! See you at the Bar!