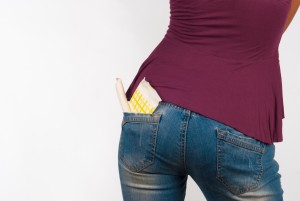 They’re Taxing What?? Not that I have a bias or anything, but it’s about time! Yup—it’s time to end the tampon tax! And five women in New York are just the gals to do it. The filed a tampon tax class action against the New York State Department of Taxation and Finance, claiming that the 4% sales tax charged by the state on tampons and other feminine hygiene products violates the Equal Protection clauses of the United States and New York State Constitutions. The suit cites the fact that the same sales tax does not apply to “medical” items like Rogaine, adult diapers and dandruff shampoo. Seriously—Rogaine has a “medical” classification?

The ladies are seeking a permanent tax exemption for feminine hygiene products and a full tax refund for all women who have purchased tampons or pads in New York over the last two years.

According to the lawsuit, most women spend $70 on tampons and pads annually. The state of New York collects $14 million a year from taxes on tampons from 5 million New Yorkers. That’s a lot of dough, Joe.

Apparently, New York State exempts medical items from its sales tax, but excludes pads and tampons from the “medical” classification. According to the Department of Taxation’s guide for retailers, feminine hygiene products are “generally used to control a normal bodily function and to maintain personal cleanliness.” This differentiates them in the fine print from over-the-counter medication for a “vaginal infection,” which treats a “specific medical condition.” So, how do they define “treat” ? (Conveniently, it would seem. Pardon my bias).

However, the plaintiffs contend that pads and tampons are necessary for the preservation of health, especially when compared to medicated Chapstick for a coldsore, by way of example.

In February, legislation was introduced that would exempt feminine hygiene products like tampons and pads from state sales tax, calling the tax “a regressive tax on women and their bodies that harkens back to a time when the laws were written by men for women.”

Wage & Hour Woes for Macy’s… Macy’s got hit with a proposed employment class action alleging unpaid wages and overtime and failure to pay minimum wage this week. Lost count of how many retailers have been slapped with these charges.

This suit is brought by former employee Yulie Narz, who alleged in the complaint that Macy’s Stores West Inc. has “systemic illegal employment practices” in place, enabling the retailer to not pay employees for mandatory security checks of their bags conducted before meal breaks and at the end of shifts.

Narez worked for Macy’s from November 2013 through July 2015, according to the lawsuit. She also alleges the retailer fails to pay employees, who work shifts of five hours or more, for a 30-minute meal break or 10-minute rest breaks for every 3.5 hours of work, as required by California labor law. This has resulted in a loss of overtime pay and generally improper wage statements, according to the complaint.

“Plaintiff is informed and believes … that defendants had a consistent and uniform policy, practice and procedure of willfully failing to comply with [labor laws],” Narez states. “Defendants … have acted intentionally and with deliberate indifference and conscious disregard to the rights of all employees in receiving minimum wages and overtime wages for all hours worked.”

Homeowners Win One. Here’s a win for the good guys. A force-place insurance settlement has been reached between HSBC and the office of the Massachusetts Attorney General Maura Healey for $4 million, ending allegations that HSBC took illegal commissions and kickbacks for forced-place insurance policies. Nice…and why not, right?

The settlement will provide $2.67 million in restitution to affected Massachusetts homeowners, and $1.4 million to the state of Massachusetts.

Ok, so that’s a wrap folks… The sun is over the yard-arm and cocktails are in order—see you at the Bar!