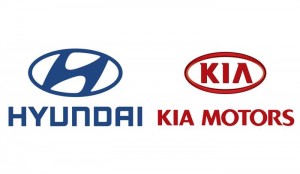 New Month, New Defective Auto Lawsuit… This time, it’s a Hyundai and Kia defective automobile class action. The car companies are facing the wrath of consumers, who allege the paint on 2006-2016 Hyundai Santa Fe, Sonata, and Elantra vehicles contain an identical and inherent defect which causes the paint to bubble, peel and flake off the vehicle, which can lead to rusting and corrosion.

Filed by Michelle Resnick, Shelby Cramer, Lauren Freed, Paul Sandlin, Patricia Reynolds, Christopher Baker, and Tara Mulrey, individually and for all others similarly situated, the lawsuit claims vehicle owners must either live with these problems or spend significant amounts of money to repair and repaint the vehicles.

The case is US District Court for the Central District of California Case number 8:16-CV-00593-BRO-PJW.

Some Hurtin’ for Hertz…Heads up Hertz customers…in yet another consumer fraud class action filing this week, America’s largest car rental company stands accused of not playing fair with its terms and conditions as stated on its website. The Hertz lawsuit, in fact, alleges violations of the New Jersey’s Truth-in-Consumer Contract, Warranty and Notice Act (TCCWNA). Read on.

The skinny is that named plaintiff, David Hecht, claims the terms and conditions states on the Hertz website violate TCCWNA because of a failure to state how they affect New Jersey residents.

Here’s what that looks like: Hecht’s allegations target Hertz’s website for enrolling in the car rental company’s Gold Plus Rewards Program. Hecht’s lawsuit specifically references a portion of the TCCWNA that states “No consumer contract, notice or sign shall state that any of its provisions is or may be void, unenforceable or inapplicable without specifying which provisions are or are not void, unenforceable or inapplicable within the State of New Jersey.”

Hecht seeks to represent two classes in his lawsuit. The first would be those New Jersey residents enrolled in Hertz Gold Plus Rewards when the case was filed. This class also would include New Jersey residents enrolled in the program six years prior to whenever the website’s Terms and Conditions stated “in words or substance, that Gold Plus Rewards offers are void where prohibited, without specifying whether these provisions are or are not void, unenforceable or inapplicable within the State of New Jersey.”

The second proposed class would include New Jersey residents who rented a Hertz vehicle for personal, household or family purposes via company’s website within six years of the date of the filing. That class would cover a period when Hertz’s Terms of Use said “that except as otherwise required by law, price, rate and availability of products or services are subject to change without notice and that the Hertz’ General Terms of Use are void where prohibited, without specifying whether these provisions are void, unenforceable, or inapplicable within the State of New Jersey.”

J&J $502M Hip Award. This should cause some serious thinking at J&J. The company was ordered to pay a whopping $502 million settlement this week, which was awarded by a jury in Dallas hearing the consolidated lawsuits of five plaintiffs who all allege that DePuy Orthopedics and Johnson & Johnson (J&J) Ultamet hip implant is defective and caused them pain, injury and suffering.

The plaintiffs who accused the company of hiding flaws in its Pinnacle artificial hips that caused the devices to prematurely fail and left them facing surgeries and pain.

FYI—the DePuy Ultamet hip replacement devices are metal-on-metal. The problem with metal-on-metal devices is that metal debris can reportedly come loose, resulting in metals being absorbed by the patient’s surrounding tissue and causing excess levels of chromium and cobalt in the patient’s blood. Furthermore, patients may experience pain, inflammation and soft tissue damage in the area around the hip, making mobility difficult if not impossible.

The jury awarded $142 million in actual damages and $360 million in punitive damages. You want to say congratulations, but “really?”

Ok, that’s a wrap folks…see you at the bar!