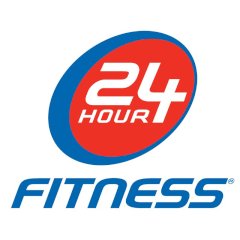 Fitness Flub…24 hour Fitness has its feet to the fire again, this time—well, as always—it’s a consumer fraud class action lawsuit alleging the national fitness chain raised its customers’ fees for use on lifetime memberships, in violation of various state laws in California, Texas, and Oregon.

Filed by Kevin O’Shea of California, Mark Vitcov of Oregon, and Rod Morris of Texas, individually and for all others similarly situated, the 24 Hour Fitness lawsuit claims sales representatives employ aggressive sales pitches to induce consumers into buying lifetime memberships to its gyms. Under the terms of these lifetime memberships, customers must prepay three years of membership fees, following which they pay only nominal renewal fees.

However, according to the lawsuit, while the annual renewal fees were supposed to remain constant for the rest of the member’s life, when the defendant came under new ownership it stopped honoring its lifetime fee guarantees and announced that it would raise lifetime members’ annual renewal fees beginning in 2016. Can you say “Scamorama?”

Placebo FX? A Canadian consumer fraud class action lawsuit to report this week. It was filed against the makers of the popular over-the-counter cold treatment, Cold-FX, alleging the product is no more effective at preventing colds and flu than a placebo. Now there’s a thing.

The Cold FX lawsuit was originally filed by Vancouver Island resident Don Harrison in 2012, against Cold-FX, which is owned by Valeant Pharmaceuticals and its subsidiary, Afexa Life Sciences. The lawsuit cites advertising in which Cold-FX claims to provide “immediate relief of cold and flu” if taken over a three-day period at the first sign of symptoms.

Here’s the rub, according to the complaint, the defendants ignored their own research and misled consumers about the short-term effectiveness of the popular cold and flu remedy. Hey—if it’s true—they wouldn’t be the first.

According to Harrison’s notice of claim, Valeant and Afexa continued to “knowingly or recklessly” promote Cold-FX despite evidence the natural-health product only had a possible positive impact after being taken daily for prolonged periods of two-to-six months. That’s a long lead time for any cold remedy—you would be on this stuff for life, effectively. Or not. Wonder if it’s publicly traded…

The lawsuit claims that people paid money for a worthless product. According to the attorney representing Harrison, Valeant and Afexa failed to release data from an internal study conducted in the early 2000s that contradicted the health claims around Cold-FX. The defendants knew at least as early as 2004, when they had a study done themselves, that Cold-FX might be even less effective than a placebo, the lawsuit alleges.

An identical lawsuit has been filed in Saskatchewan.

The charges specifically allege misconduct during the bank’s marketing and sale of RMBS prior to the 2008 economic collapse—remember that? Goldman Sachs allegedly failed to disclose the true risk associated with many of its RMBS investments.

According to the terms of the settlement, GS will pay $25 million to the Illinois’ pension system and $16 million will be given in relief to Illinois consumers.

This settlement is part of a larger, $5 billion national settlement resulting from legal action taken by the US Department of Justice and state attorneys general and other entities.

Ok—That’s a wrap folks…Have a good one. See you at the Bar!