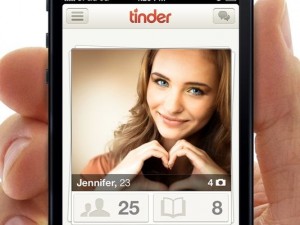 Tinder’s igniting a wee litigation storm it seems. The company behind the popular dating app of the same name, has been hit with another class action lawsuit filed by a customer who alleges the app charges men and users over the age of 30 more to use its premium service, and is therefore discriminating on the basis of age and gender. Isn’t that just good business? You use more, you pay more? No?

Maybe not. Filed in California federal court, by Plaintiff Michael Manapol, this Tinder lawsuit contends that Manapol paid $19.99 for a one-month subscription to the service, while Tinder charged $9.99 for those under 30. He also alleges he was charged recurring, automatic renewal fees, in violation of California law, and that his account was illegally debited, without his authorization.

“Defendant offers no discounts for its Tinder Plus services, than that offered to consumers based solely upon their age. However, [women] receive more favorable swiping terms than man, which is akin to free entrance to Ladies Night, a practice deemed illegal by the California Supreme Court,” the lawsuit states.

The lawsuit also alleges Tinder falsely advertised its service by claiming to be “free.” One Billy Warner filed a lawsuit over the free or not-so-free Tinder advertising back in March.

The complaint cites an interview with Tinder spokeswoman’s on National Public Radio, in which she allegedly said, “During our testing we’ve learned, not surprisingly, that younger users are just as excited about Tinder Plus but are more budget constrained and need a lower price to pull the trigger.”

Hertz employees being taken for a ride? The Hertz Corp is facing a potential $4 million unpaid wages and overtime class action alleging the company doesn’t pay its employees for working through breaks, and fails to pay them overtime wages.

No stranger to employment lawsuits, this one, alleges that the vehicle rental chain systematically underpaid its customer service representatives in various ways, in violation of the California labor law. The Hertz overtime lawsuit was filed by Plaintiff Juan Herrera on behalf of himself and all other non-overtime exempt California Hertz employees for the previous four years.

“Defendants knew they had a duty to accurately compensate plaintiff and class members for all hours worked, including overtime wages and meal and rest period premiums, and that defendants had the financial ability to pay such compensation, but willfully, knowingly, recklessly and/or intentionally failed to do so,” Herrera states.

Specifically, the complaint states that Hertz fails to provide meal and rest periods for its employees by structuring its schedules, policies and workload requirements to not allow the workers their full meal and rest breaks. The company then fails to properly compensate them for the loss.

Additionally, Herrera alleges that Hertz requires its customer service representatives to prepare for their shifts without pay and failing to factor commissions into the employees’ regular rate of pay when calculating overtime pay rates.

That lawsuit also seeks to represent non-overtime exempt employees in California, which Hertz estimates amounts to as many as 2,000 former employees and as much as $11.5 million in alleged damages.

The case is Juan Herrera, individually and on behalf of all others similarly situated v. The Hertz Corp. et al., case number BC579320, in the Superior Court of the State of California County of Los Angeles.

This is a biggie—to the tune of $2.4 billion… That’s the sum agreed to in a settlement between Takeda Pharmaceuticals USA Inc. and some 9,000 plaintiffs who filed personal injury lawsuits against the company, alleging it failed to warn of bladder cancer risks from taking its Type 2 diabetes drug Actos (pioglitazone hydrochloride).

Under the terms of the agreement, Takeda will establish a fund of between $2.37 billion and $2.4 billion, depending on how many Actos litigants opt into the settlement.

Over 4,000 cases are included in this agreement, and were coordinated in the U.S. District Court for the Western District of Louisiana, as well as lawsuits filed by about 4,000 people in Cook County, IL, according to lawyers for the plaintiffs.

While Takeda denies any wrongdoing in this agreement, the settlement will recover some compensation for the victims who have been injured and, in some cases, maimed by bladder cancer while taking Actos.