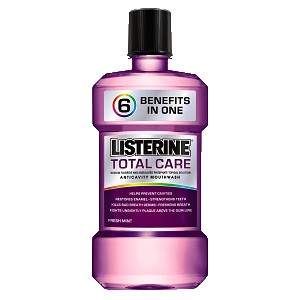 Listerine Total Care Missing Something? Johnson & Johnson (J&J) and subsidiaries may have to rebuild their advertising campaign if the allegations in this latest consumer fraud class action lawsuit prove true. The lawsuit claims J&J et al falsely label Listerine Total Care products as being capable of restoring tooth enamel despite the “overwhelming consensus” of experts that tooth enamel loss is permanent.

Bowling seeks an order certifying the nationwide class and the New York subclass, an order finding in favor of the plaintiff and an order of restitution, as well as compensatory, statutory and punitive damages, prejudgment interest and injunctive relief.

Pharmasexist? Well…it’s been a while since we’ve heard about this one—a nationwide sex discrimination class action lawsuit against of Daiichi Sankyo Inc. It was certified this week. The collective action is brought by about 1,500 female employees of the pharmaceutical company, who claim they were paid less than their male counterparts for the same work.

The sex discrimination lawsuit was brought in February 2013, by current and former sales workers and are seeking more than $100 million in damages. Named plaintiff Sara Wellens and several other current or former Daiichi sales employees sought collective action certification in March under the Equal Pay Act.

During the past several years the number of Pradaxa lawsuits has increased, with users alleging they experienced bleeding events and other injuries associated with Pradaxa use. Lawsuits began to be filed in March 2012, according to court records, following the publication of a study in the Archives of Internal Medicine which linked Pradaxa with an increased risk of heart attack compared with other anticoagulants.

Boehringer received FDA approval in October 2010 for Pradaxa, to reduce clotting risks in patients with atrial fibrillation, an irregular heartbeat that causes problems with blood flow, that is not caused by a heart valve problem.

The case is In re: Pradaxa (Dabigatran Etexilate) Products Liability Litigation, case number 3:12-md-02385, in the U.S. District Court for the Southern District of Illinois.