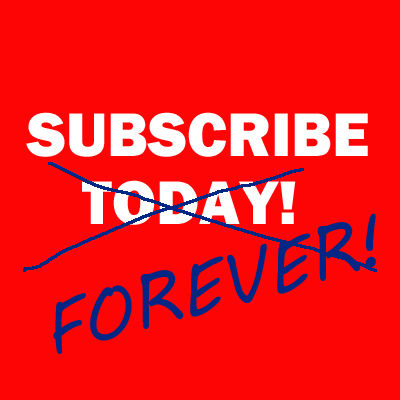 Auto-Renewals on Auto-Pilot: Not Cool… Hey—about that auto-renewal—you know the Appgrinders one you didn’t sign up for? This week the California-based software company found itself facing allegations of unfair business practices in a class action lawsuit over unauthorized charges to its customers’ credit cards for auto-renew subscriptions to its products.

Specifically, the Appgrinders lawsuit, filed by Jarrod Secola, claims that Secola and others purchased access to online PDF editing software (PDF Buddy) from Appgrinders without being made aware of the firm’s auto-renew policies. Yeah—know that one.

The complaint further claims that Appgrinders not only failed to satisfy the law by providing clear, conspicuous disclosures about the subscription’s auto-renewal policy, but also neglected to obtain the purchaser’s consent before the auto-renewal charges were placed.

The case is US District Court for the Eastern District of California Case number 2:16-cv-01150-JAM-KJN.

Domino’s Pizza Delivers…Unpaid Wages? Domino’s found itself on the end of yet another employment lawsuit this week. This one, however, was filed by New York Attorney General Eric T. Schneiderman. The AG’s office is alleging the pizza chain is deliberately underpaying it workers at least $565,000 at 10 stores in New York and is in violation of New York employment law…Whooo Hooo!

The lawsuit names Domino’s Pizza Inc., Domino’s Pizza LLC and Domino’s Pizza Franchising LLC (collectively, Domino’s), as defendants and claims to have discovered that Domino’s headquarters was intensely involved in store operations, and even caused many of the employment violations. Therefore, they should be liable for underpaid wages at franchises.

Domino’s, BTW, is no stranger to employment lawsuits. It found itself the named defendant in a California employment violations class action– filed May 12.

In fact the company has a lengthy list of lawsuits against it, including unpaid overtime, TCPA violations and spam text messaging.

Here’s Something to Get your Brain Boing—remember Luminosity—the “brain training” program? Well, the Federal Trade Commission (FTC) caught up with them recently, and hit them with a $2 million settlement over allegations the company deceived its consumers with unfounded claims that its games can help users perform better at work and in school, and reduce or delay cognitive impairment associated with age and other serious health conditions. Wow. Wonder if it takes the garbage out? (literally and figuratively).

Specifically, the FTC charged the company with making claims that were not supported by science, including claims that using Luminosity (get ready for this): improves performance in school, work, and athletics; delays age-related mental decline and protects against dementia and Alzheimer’s disease; helps those with ADHD, PTSD, Traumatic Brain Injury, and other health conditions. If it sounds too good to be true….

As part of the Luminosity settlement, Lumos Labs, the company behind Luminosity, will pay $2 million in redress and will notify subscribers of the FTC action and provide them with an easy way to cancel their auto-renewal to avoid future billing.

Eligible Luminosity subscribers were notified by email. You were eligible for a refund if you signed up between Jan 1, 2009, and December 31, 2014, and spent at least $239 total on your subscription.