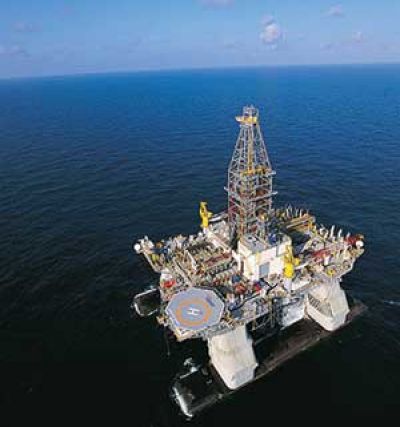 Anadarko Petroleum. Who? Just know, if you don’t own shares in Anadarko Petroleum breathe easy. If you do own shares, you better strap yourself in.  A shareholder lawsuit seeking class action status was filed against the petroleum company this week, on behalf of anyone who purchased company common stock of between June 12, 2009 and June 9, 2010, inclusive—otherwise known as the “Class Period”.

Anadarko, it seems, owns 25 percent of the Macondo/Deepwater Horizon well—you know—the gusher currently leaking millions of gallons of oil into the Gulf of Mexico with ramifications so far reaching it’s impossible to get your head around the scope of the disaster.

The suit alleges that Anadarko and certain of its officers, failed to disclose, “among other things:

1)    that there was no effective Exploration and Oil Spill Response Plan for Macondo/Deepwater Horizon;

2)    that BP implemented drilling procedures solely to cut costs at the expense of safety;

3)    that the Company lacked adequate systems of internal, operational or financial controls to maintain adequate insurance reserves or to meet the known or foreseeable risks associated with its deepwater drilling liabilities; and

4)    that defendants lacked any reasonable basis to claim that Anadarko was operating according to plan, or that Anadarko could achieve guidance sponsored and/or endorsed by defendants.”

And the allegations go on, mentioning false and misleading statements that were issued concerning the amount of the clean-up, and the company’s liability etc, all which culminated in massive drops in share prices. So it’s off to court they go.

Only one problem, if the company is stripped of millions of dollars in lawsuits, and this goes for BP as well, who’s going to pay for the clean-up, and all the other costs we haven’t even begun to see yet?

And it’s on from Big Oil to Big Banks…those leading lights of the international business community. This week, a shareholder lawsuit (seeking class action status) was filed against Goldman Sachs Group, on behalf of shareholders who purchased common stock between—and this quite a period of time—December 14, 2006 to June 9, 2010.

The allegations against the defendants, who are The Goldman Sachs Group Inc., Lloyd C. Blankfein, David A. Viniar and Gary D. Cohn, are not dissimilar to those filed against Anadarko or BP—a dodgy business model—in essence. Or, in legalese: ” The complaint alleges that defendants violated Sections of the Securities Exchange Act of 1934 by issuing a series of materially false and misleading statements concerning Goldman Sachs’ business model and reasons for Goldman Sachs’ business success during the class period.”

So I guess the question here is, how does one define success? Not getting caught?

Paxil Settlements. On a brighter note, such as it is, parents who have filed lawsuits against the pharmaceutical company GlasxoSmithKline may be somewhat relieved this week, as the company, who makes Paxil, has settled nearly 200 lawsuits over alleged birth defects associated with the antidepressant. The cases, all scheduled to go to trial, have been settled pre-trial for undisclosed sums.

The majority of lawsuits reportedly involve cardiac defects. One of the better known cases being settled is that of little Lyam Kilker. Court papers apparently state that Lyam was born with three congenital heart defects, specifically a defect between the upper two chambers of his heart, a defect between the lower two chambers of his heart and a defect that has left a hole in the wall of his heart that separates the two pumping chambers of the heart as well as preventing the heart’s aorta from forming a complete “tube.”

One of the lawyers for the Paxil pregnancy mass tort program estimates there may be up to a further 100 cases that have been settled, including cases that have not yet been filed.

Giant Step for Chinese Drywall Victims? And, for all those longsuffering victims of Chinese Drywall—a landmark—the first lawsuit to go to trial was settled this week for approximately $2.5 million.

The lawyer for the couple from Florida who brought the suit—whom you may have heard of if you are following the Chinese Drywall  debacle—Lisa and Armin Seifart—said they’re like the first people to land on the moon. Umm. That’s certainly out there.

This settlement has ramifications for tens of thousands of homeowners across the country who have suffered health problems, loss of property values, and incurred debt from having to move out of the their homes altogether. So this is a good news day for them, certainly.