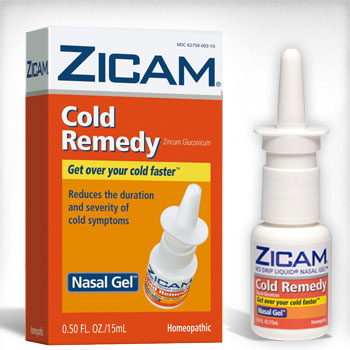 Remember Zicam? The homeopathic cold remedy that claims to “knock out sinus congestion fast.” Well, speaking of knock-outs—the makers of Zicam got hit with a class action lawsuit this week, alleging injuries including loss of sense of smell and diminished sense of taste as a result of using Zicam Cold Remedy Gel.

Russell Surette, the lead plaintiff, claims use of the product caused him diminishment of the senses of smell and taste and economic damage in the amount of the purchase price paid for the product. And it seems he’s not the only one. LawyersAndSettlements.com has interviewed a number of Zicam-users who have suffered similar adverse effects after using these products.

In fact, the US Food and Drug Administration has issued a warning to consumers to stop using three Zicam Cold Remedy Products after the products were linked to the loss of the sense of smell (anosmia). The FDA made the announcement after receiving more than 130 reports of anosmia linked to the products.

Russell and the class are seeking compensation and other for permanent loss of the sense of smell and diminishment in his sense of taste, pain and suffering, loss of enjoyment of life and recovery of the price paid for the product.

Call Center Called on the Carpet? I gave my head a shake when I read this one. A company based in Bakersfield, CA—Spherion Pacific Workforce—settled a wages and overtime class action brought by employees hired during the 2005 hurricane Katrina disaster.

The back story goes, predictably, that the company failed to ‘properly compensate’ (love that term) employees who were working in a call center set up to help the American Red Cross distribute donations to Katrina victims. So, meals and rest breaks weren’t always provided, apparently, and employees were not compensated for their time when they had to stand in long security lines when entering and leaving work, and when they had to travel to another location and wait in line for significant periods to pick up their pay checks. The call center was temporary, and employed some 2,000 people.

Apparently, an information packet was sent out to former employees this week, stating that folks who worked at the 34th Street call center between September 5, 2005, and December 21, 2005, may be eligible for a portion of the $13 million settlement.  Better get in line…again.

Verizon has to face the ring tone after all…a California appeals court ruled this week. After filing two appeals against the 2008 ruling of a $21 million settlement, the wireless service provider will pony up $21 million to customers affected by its early termination fee (ETF) policies.

The ruling handed down Thursday, may affect some 175,000 customers who could receive about $87.50 each. Hey, it’s better than nothing. (And, clearly better than those Expedia settlement checks…)

Ok. That’s it for this week. I hear the bar calling my name…have a great 4th everyone…