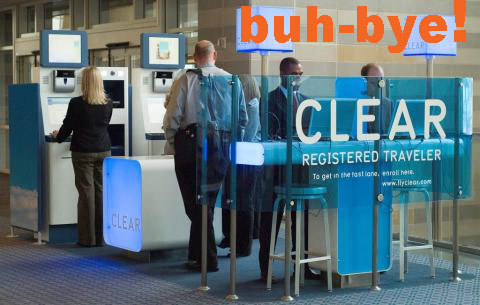 So, Verified Identity Pass, the parent company of airport security provider Clear, was hit with a class action lawsuit over reimbursement of its US$199 annual fee, by one very disgruntled customer.

The class action lawsuit seeks reimbursement of the membership fees and punitive damages for members of Clear. But the big question is what happens to all the data the company collected? Who owns that and where will it end up? That’s what people should really be thinking about.

Marriott Rewards? Disgruntled employees at two Marriott resorts in Southern California are about to hit pay dirt. They filed a class action suit alleging that the hotels did not pay them for missed meal periods and rest breaks. Although Marriott admits no wrong doing—they have proposed a settlement of $625,000 which has been preliminarily approved.

Just so we’re clear—under California labor law all hourly employees are entitled to a 30-minute meal break for each shift lasting more than 5 hours. The 30-minute meal break must be uninterrupted and provided during the first 5 hours of the employee’s shift. California hourly employees are also entitled to a 10-minute rest period for every 4 hours worked.

FYI—the class action period is from March 1, 2004 to April 6, 2009. So if you worked for the Marriott as an hourly employee at either the Desert Springs, a JW Marriott Resort and Spa, or the Renaissance Esmeralda Resort and Spa during that time period you could be eligible to share in the pot.

Amputee Patient Awarded $10 millon. In 2002 John German went into Methodist Hospital in Texas for heart surgery. He ended up having 3 operations to correct his heart problem, and deal with some stitches that had given way. This was all between September and December. Then things went horribly wrong and he ended up with gangrene, which required the amputation of his left leg above the knee, all the all the toes on his right foot and all of his fingers.

While this is typically the kind of story you would put down to urban myth, it unfortunately is true. And, if that weren’t enough, he’s had to fight a legal malpractice suit for nearly 7 years.

But, he won. Seriously, could he not have won? The jury in the case found in his favor last week and awarded him a $10 million settlement.

That’s it for this week. See you at the Bar (and maybe the fireworks). If you’re in NYC, don’t forget, they’re on the Hudson this year…Happy 4th!