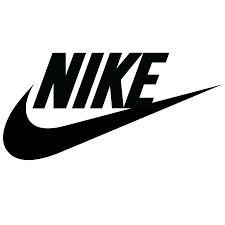 Unpaid Overtime? So File a Lawsuit – Just Do It. If indeed that proves to be the case. This week, a California overtime and labor law class action lawsuit was certified against Nike. The complaint is brought by employees who worked at Nike’s Gilroy store in California, who alleged the company failed to pay employees for the time they spent going through security inspection or bag checks at the end of every work shift.

According to the Nike lawsuit, Isaac Rodriguez is suing for himself and on behalf of a putative class of all current and former non-exempt retail store employees of defendant Nike Retail Services, Inc. (Nike) who worked in California during the period from February 25, 2010 to the present.

It is estimated that the class may consist of as many as 6,000 people who worked in 31 stores over the requested five-year period from February 25, 2010 to the present.

No Car Rental Returns? Here’s a crafty one. According to a couple of folks who rented cars from Regency Car Rentals and Hertz, they are owed their security deposits. Neither car rental agency has returned them, claiming charges against those deposits, so a consumer fraud class action has been filed.

Here’s the back story: filed by Nishil Patel and Gurraj Singh, the Hertz lawsuit asserts that in November 2015, Mr. Patel rented a vehicle from Regency for a two-day period. His Visa card was charged for the full amount of $3,254.25, while his American Express Card was charged $3,299.40 as a deposit, the lawsuit states. He alleges he was told it would be refunded upon return of the vehicle. He alleges that Regency assessed two unauthorized charges after the rental.

Similarly, Mr. Singh asserts that he also was assessed unauthorized charges against his security deposit, such that his security deposit was not refunded to his credit card. As a direct result, the plaintiffs and other class members allegedly have suffered injury, and have lost money or property.

The plaintiffs hold Regency Car Rentals LLC, Hertz Global Holdings Inc. and The Hertz Corp. responsible because the defendants allegedly deceived consumers by making false statements, misrepresented the cost of the rental of vehicles, double-billed and assessed unauthorized fees to consumers. Whoa!
The case is US District Court for the Central District of California case number 2:16-cv-05967.

Filed in 2010, the lawsuit was certified as a class action in 2013. The settlement ends six years of litigation involving some 1,800 investment advisers who worked for Nesbitt between 2002 and 2016.

Nesbitt cannot contest any class member’s entitlement to payment, and the amount each member will receive depends on the take-up rate.

Bet there’s gonna be some celebrating this weekend.

So folks, on that happy note, this week’s a wrap – see you at the bar!!