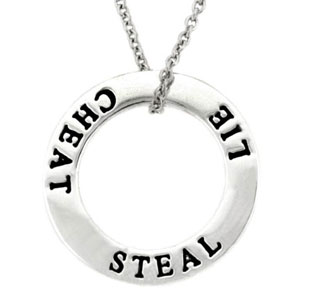 White collar lies? Another bank is facing a securities class action this week. This time it’s Pacific Capital Bancorp. The suit alleges that PCB and certain of its senior executive officers issued materially false and misleading statements and/or concealed material information relating to the Company’s reserves for losses on its loan portfolio, which, you guessed it, is in violation of the law. How unusual.

If you have some of this stock in your portfolio or stashed away for retirement, check out when you purchased it. The class period for this case is between April 30 2009 and July 30 2009 (was anybody buying stock then?)

Who says you can’t sue the government? More than 53,000 drivers in the Fargo, North Dakota area would argue, reasonably, that you can, and you can win… I love it…

Short version—drivers in the Fargo area who received traffic fines that exceeded the limits set by North Dakota law, were advised this week that a potential settlement to the class action lawsuit they joined against the City may be settled.

The settlement is for a proposed $1.5 million which will work out to up to 65 cents per dollar paid in traffic fines that exceeded the legal limit.

Katrina victims win one? On a more dramatic note, home and business owners who suffered damages as a result of Hurricane Katrina, specifically the flooding that occurred because of failed levees, have successfully sued the levee boards in Louisiana responsible for maintaining (or not) those failed levees.

Just so we’re clear—that’s 500,000 property owners. Now the wrangling begins over how much money they should receive.

The settlement proposed is $20 million, but it has yet to receive final approval. Unfortunately, that settlement will likely be appealed. One wonders where and how all these people are living while this case drags on.