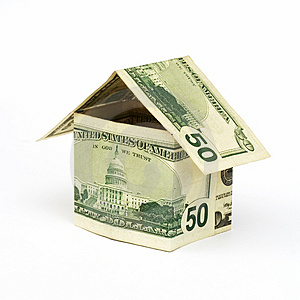 It was a big class action week on the home front…

Sun Trust HELOC: Now you see it, now you don’t? A potential class action suit was filed this week against Sun Trust Bank over allegations that the financial company decreased, froze or terminated thousands of Home Equity Lines of Credit (HELOC) in ways that may have violated its contractual obligations to its clients.

In a nutshell, HELOC loans provides credit up to a stated maximum amount within a certain term, the loan collateral being the borrower’s equity in his or her home.

One 82-year old lady had secured a HELOC of $500,000 against her home, only to have it suspended for no apparent reason. AND, she was notified by letter that access to her credit line, most of which she hadn’t touched, had been suspended. No reason, no indication of why, and no time limit after which her HELOC may be re-instated. Nice.

The lawsuit claims, among other things, that SunTrust took these actions to enhance its financial condition and appear healthier to federal regulators. Ya think?

I say, Go get’em! SunTrust should have thought of all this before they made the loans.

“Loan Economics” left minorities alone? Wells Fargo, no stranger to litigation, is also facing a potential class action—this time over alleged discriminatory loan practices in minority communities in Los Angeles County. The issue stems from a program Wells Fargo put in place back in 2002—called Loan Economics—that allegedly resulted in higher loan and interest payments by minorities. As many as 10,000 people in Los Angeles County could be affected.

Members of the class are seeking $4,000 in damages per affected loan. In order to qualify as a class member, mortgagors must have obtained a first-lien mortgage from Wells Fargo Bank or Wells Fargo Home Mortgage branches in specific portions of Los Angeles County between May 2002 and December 2005, for amounts in excess of $150,000. Find out if you’re one of them.

Misleading its fitness? Ok, bad, bad pun, but Countrywide and its new owner, Bank of America, have agreed to settle an employee class action alleging that the mortgage company mislead its employees about the company’s financial health, causing the value of their retirement plans to decrease. Basically, Countrywide ‘mislead’ their employees about the company’s financial health—and consequently the stock value. The settlement is for $55 million, and hopefully will be enough to dissuade giant financial institutions from trying to pad out their retirement accounts with devalued stock in the future.