Your Dream Holiday? Or not. According to two women in California—it’s “or not.”. They filed a consumer fraud class action lawsuit against Bluegreen Vacations Unlimited Inc, alleging they sustained financial damages due to misleading information the defendant provided them on purchasing a time-share.

According to Kyle Miles and Jasmine Miles, Bluegreen Vacations made several false representations regarding a timeshare contract, including the total cost of the contract. Further, they assert the company promised that they would buy back the contract from the consumers if they were unhappy with the timeshare. I’m guessing that didn’t happen.

Kyle and Jasmine Miles seek a trial by jury, restitution, enhanced damages, legal fees and all relief the court deems just. They are represented by attorneys Todd M. Friedman and Adrian R. Bacon of the Law Offices of Todd M. Friedman in Beverly Hills, California.

The case is US District Court for the Eastern District of California Case number 1:16-cv-00937-LJO-JLT.

Here’s something we’re seeing a lot more of these days, an ERISA (Employee Retirement Income Security Act) class action lawsuit. This one has been filed against Columbia University alleging it breached its obligation under ERISA to prudently invest its employees’ retirement savings.

According to the complaint, Columbia University retained expensive and poor-performing investment options that consistently underperformed their benchmarks. This caused its 401(k) plans and their participants to suffer hundreds of millions of dollars in losses of retirement savings. As a result, the University’s 401(k) plan included $4.6 billion of investment options that were primarily poor to mediocre performers. Among the plans’ poor-performers, the complaint points to the plans’ retention of the TIAA-CREF Stock Account R3, which, it alleges, has historically underperformed its benchmarks and other lower-cost investments that were available for inclusion in its retirement plans.

In addition to retaining poorly performing funds, the lawsuit charges that the University’s plans offer excessively duplicative investments to beneficiaries. According to the complaint, this selection of funds violates the industry principle that too many choices harm participants, and can lead plan participants to “decision paralysis” and selection of inferior investments. In addition, the plans charge excessive fees for recordkeeping, administrative, and investment services, and retain excessively expensive retail share class options despite the lower-cost options available to their plans. 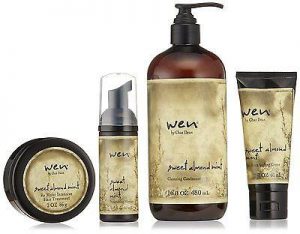 WEN is there a Settlement? Big news for people who suffered damages from WEN Hair Care Products.

A proposed $26,250,000 settlement has finally been reached in the class action lawsuit pending against them.

Cast your mind back to December, 2015, when the class action lawsuit was actually filed, naming defendants Wen Hair Products and the manufacturer Guthy-Renker. The lawsuit resulted from thousands of complaints from women alleged severe and possibly permanent hair loss after using the products. Other Wen side effects include rash and burning eyes.

So here’s the skinny on the proposed WEN settlement: The settlement class is defined as All purchasers or users of WEN Hair Care Products in the United States or its territories between November 1, 2007 and August 1, 2016, excluding (a) any such person who purchased for resale and not for personal or household use, (b) any such person who signed a release of any Defendant in exchange for consideration, (c) any officers, directors or employees, or immediate family members of the officers, directors or employees, of any Defendant or any entity in which a Defendant has a controlling interest, (d) any legal counsel or employee of legal counsel for any Defendant, and (e) the presiding Judge in the Lawsuit, as well as the Judge’s staff and their immediate family members.

The settlement consideration consists of the $26,250,000 (the “Fund”) settlement fund which shall be used to pay for administration and court costs, legal fees, and other related costs, and to pay Class Member claims and provide Incentive Awards to the named plaintiffs.

There are two Settlement Classes, namely, Tier 1 and Tier 2.

Tier 1 Class-Wide Flat Rate Claims consists of any member of the Settlement Class who purchased Wen Hair Care products and does not timely request to opt-out of the settlement class. They shall be entitled to submit a claim against the Fund for a one-time flat payment of $25 per person as compensation for claims of misrepresentation regarding the qualities and attributes of WEN Hair Care Products, or undocumented claims of bodily injury, including but not limited to hair loss, hair damage, scalp pain or irritation, after using WEN Hair Care Products. Five Million Dollars ($5,000,000) of the Fund shall be set aside to pay Class Members making Tier 1 claims.

Tier 2 Documented Adverse Reaction Claims shall consist of any member of the Settlement Class who alleges to have suffered bodily injury, including but not limited to hair loss, hair damage, scalp pain or irritation,as a result of using WEN Hair Care Products, and does not timely request to opt out from the Settlement Class, may make a claim against the Fund for reimbursement of amounts spent to redress such alleged injuries, as well as an injury award designed to compensate the Class Member for any alleged injuries sustained, up to a maximum of $20,000 per Class Member, as set forth below. To make a claim under Tier 2, the Class Member must submit a valid Tier 2 Claim Form and supporting documentation, as set required by the Settlement Agreement.

The Defendant also agrees that all labels for WEN Cleansing Conditioner created after the Effective Date shall bear a common sense caution materially consistent with the following: “If you experience any adverse reaction after using this product, immediately cease use and consult a physician.”

The settlement remains to be approved – but watch this space for updates.

So folks, on that happy note—this week’s a wrap. See you at the bar!!