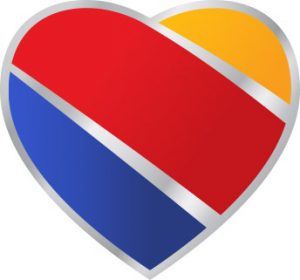 Southworst for Cancellation Credit? Think these guys are going to “Wanna Get Away” after dealing with all this…two men filed an an unfair business practices class action lawsuit against Southwest Airlines (SWA) this week, alleging the airline unfairly placed a redemption period on the money credits issued to travelers who cancelled their non-refundable tickets.

The Southwest Airlines lawsuit was filed by plaintiffs Paul Stewart and Michael Hicks who allege they bought Southwest Airlines non-refundable “Wanna Get Away” round-trip tickets from Tulsa, OK to Phoenix AZ in August 2013. They planned to depart Tulsa on November 14, 2013 and return on November 18, 2013. The complaint states the price for both round drip tickets was $695.

The plaintiffs were unable to travel on the dates they had booked and had to cancel their tickets, which they did, according to the lawsuit, by following the procedures stipulated on the Southwest website. Hicks and Stewart assert they cancelled their flight reservations on October 22, 2013.

According to the complaint, the plaintiffs knew their tickets were non-refundable and did not expect a refund. However, Southwest subsequently provided them with a credit they could use toward future tickets on other Southwest flights, the lawsuit states.

“[The plaintiffs] were completely satisfied having money-credits to use in the future, and had good experiences in the past using other money-credits they had with SWA,” the complaint states.

However, when Hicks and Steward tried to use their travel funds they discovered the Southwest money credits were only good for one year from the date they bought their original round trip tickets, which they had cancelled.

The plaintiffs state in the lawsuit that Stewart required significant medical treatment in 2014 and most of 2015, so they were unable to travel in a non-emergency capacity. However, by August 2015, Stewart was able to travel which is when he and Hicks tried to use their Southwest money credits to buy tickets.

“To their surprise and chagrin,” Southwest representatives allegedly informed the plaintiffs that they could not use their money-credits to purchase airline tickets. According to the Southwest Airlines class action lawsuit, the plaintiffs were told the funds had expired, the funds were no longer available, and that the funds were lost, among other things.

They plaintiffs claim they “attempted to resolve their dispute with SWA over their expired, unavailable, and lost money, but SWA simply stonewalled them and stopped responding.”

“The only logical conclusion is SWA confiscated [the plaintiffs’] money, and has kept it as free, unearned profits since August 2013,” the lawsuit states. Hicks and Stewart allege that the funds include federal transportation taxes, 9/11 security fees and passenger facility charges, in addition to the actual fare.

“Unbelievably, SWA has provided nothing in return to [Stewart and Hicks] for the money they paid to SWA,” the complaint states.

The Southwest Airlines class action lawsuit asserts claims for breach of contract, fraud and tortious breach of the covenant of good faith.

Nosy Bose-y? And what about those Bose headphones—who is listening with you? A lot of interested parties, if the allegations in this federal Wiretap Act class action are correct. Filed this week, the lawsuit claims that Bose collects and shares information about app users’ listening habits, which also violates the Illinois Eavesdropping Statute and the Illinois Consumer Fraud and Deceptive Business Practice Act.

According to the lawsuit, filed by Kyle Zak, who bought a pair of Bose wireless headphones for $350, the electronics company secretly collects, transmits and discloses to third parties, including a data mining company, the private music and audio selections of customers who downloaded its Bose Connect mobile app.

Zak is seeking injunctive relief requiring Bose to discontinue its illegal practices and destroy all data it has collected, as well as actual and statutory damages arising from the invasion of privacy and from customers’ purchases of Bose wireless products, including the return of the products’ purchase price and disgorgement of profits. According to the lawsuit, damages likely exceed $5 million.

The case filed Wednesday is Zak v. Bose Corp., case number 1:17-cv-02928, in the U.S. District Court for the Northern District of Illinois.

Possible AdWords Settlement…Google’s about to pony up $22.5 million if a proposed settlement in a consumer fraud class action lawsuit gets the green light.

The Google lawsuit was filed by a proposed class of AdWords advertisers, who allege Google failed to disclose that it placed AdWords customers’ ads on websites known as parked domains and error pages. Oh, that’s a good use of your advertising buck – not.

According to the allegations, Google did this from July 11, 2004 to March 31, 2008. Parked domains, as you may or may not know, are websites with little or no content, and error pages are websites that users visit when they enter an unregistered address into their web browser.

The proposed Google AdWords settlement was granted preliminary approval on March 9, 2017. If granted final approval, Google will pay $22.5 million into a settlement fund, which will be used to pay class members who submit valid claims, proportionate to the amount each class member spent on ads displayed on parked domains and error pages during the class period.

Heads up—if you are a United States resident and had a Google AdWords account and were charged for clicks on advertisements appearing on parked domains or error pages, during the period from July 11, 2004 through March 31, 2008, you are a class member and may be entitled to a settlement payment. Cha ching!

To receive payment, you must submit a claim form no later than June 21, 2017.

Ok – That’s a wrap for this week. Happy Weekend!!! See you at the bar!