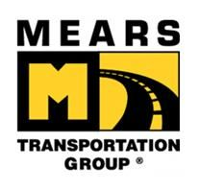 Drivers Driven to Action… Class Action, that is. An employment class action lawsuit has been filed by chauffeurs for Mears Transportation in Florida. The drivers allege the company has failed to compensate them for at least $50 million in unpaid overtime, employment taxes, and certain ordinary business expenses. That’s not chump change.

According to the complaint, 40 former and current Mears luxury car chauffeurs have been misclassified as independent contractors when they are treated as employees.

The lawsuit states that other than their technical classification, the luxury car chauffeurs must go through much the same hiring and employment situations at the company as other employees, specifically, they must apply for work by submitting an employment application, and go through an employee background check. They are required to be interviewed and must attend mandatory employee training, according to the lawsuit.

Additionally, the drivers allege that they must pay Mears significant sums to operate Mears vehicles and drive Mears clients during shifts set by Mears. Further, Mears allegedly does not allow the chauffeurs to have a copy of their contract or allow them to remove their contracts from Mears’ premises.

The plaintiffs are seeking federal certification of their class action, and to have Mears pay luxury chauffeurs the same as Mears van and motor-coach drivers, among other claims. Go get’em!

The CenturyLink lawsuit was filed by plaintiff Heidi Heiser, who worked as a home-based CenturyLink customer service and sales agent from August 2015 to October 2016. She alleges she was fired just days after informing CenturyLink’s Chief Executive Officer of the scheme during a companywide question-and-answer session held on an internal message board.

Filed in Arizona state court, the complaint states CenturyLink “allowed persons who had a personal incentive to add services or lines to customer accounts to falsely indicate on the CenturyLink system the approval by a customer of new lines or services.” This would sometimes result in charges that hadn’t been authorized by customers, according to the complaint.

Heiser’s complaint alleges she became increasingly concerned about what she observed at CenturyLink after hearing of Wells Fargo & Co.’s employees opening deposit and credit card accounts without customers’ consent to earn incentives and meet sales goals.

Paying Full Price for Unpaid Overtime, Costco has agreed a $9 million settlement in an employment class action lawsuit filed by San Diego-area pharmacists who allege they were forced to remain on call in the pharmacy during their breaks and pressured to work unpaid overtime.

The Costco lawsuit, filed in April 2014, alleged the pharmacists who worked shifts alone were required to stay on-call during their breaks so they could respond in the event they were needed to complete tasks that legally only a pharmacist is permitted to handle. Pharmacists were also expected to answer emails and text messages while off the clock. Additionally, the pharmacists claim that Costco discouraged them from working overtime.

According to the terms of the proposed settlement, Costco will pay nearly $5,000 to each of approximately 1,175 pharmacists and pharmacist managers with Costco tenure dating back to April 2010. These payments are compensation for alleged violations of California labor law.

According to the settlement motion, the relief averages more than $4,900 per class member.