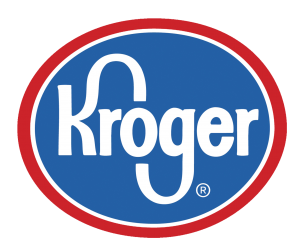 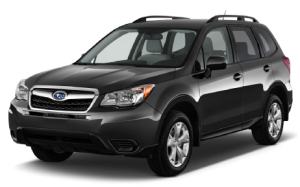 According to the complaint, filed by Lead plaintiffs Keith Yaeger and Michael Schuler, Subaru concealed from consumers the fact that certain Forester, Legacy, Outback, Impreza and Crosstek models have defective piston rings that prevent the engine from maintaining the proper level of oil and cause an abnormal amount of oil consumption, leading to engine failure and increasing the risk of accident.

“Not only did Subaru actively conceal the material fact that particular components within the class vehicles’ engines are defective, they did not reveal that the existence of the defect would diminish the intrinsic and resale value of the class vehicles and lead to the safety concerns described herein,” the lawsuit states.

Yaeger and Schuler bought new Subarus in 2012 and 2013 respectively, after which they independently noticed their new vehicles were consuming engine oil at an “unacceptable” rate. They were forced to add oil to their cars between Subaru’s recommended engine oil change intervals in order to avoid engine failure, the complaint states.

Further, the lawsuit states that both plaintiffs took their vehicles to their Subaru dealerships for repairs, but despite extensive servicing, the Subarus continued to burn through oil rapidly.

Regardless, the lawsuit states, Subaru actively concealed the defect from consumers. The company has also “routinely refused” to repair the vehicles without charge, according to the complaint.

Subaru updated its online information to acknowledge that certain vehicles run through oil quickly, but has not recalled the vehicles to repair the defect, offered its customers a suitable repair or replacement free of charge or offered to reimburse customers who have paid to repair the cars, the lawsuit states.

The putative class alleges violations of New Jersey and California consumer protection laws, breach of express warranty, common law fraud and more. The complaint asks the judge to certify a nationwide class of current or former owners or lessees of the affected vehicles, in addition to California, Florida and New Jersey state subclasses.

Overworked and underpaid… The grocery chain Kroger Co. and several of its units are facing a wages and overtime class action lawsuit filed by its delivery drivers in California. According to the putative class in the Kroger lawsuit, the workers weren’t fully paid for the many overtime hours they worked. Know this story?

Lead plaintiff, Jesse Blanco, alleges the stores “routinely required plaintiffs to work more than eight hours per day and, in some instances, more than twelve hours per day, and more than forty hours per workweek and, in some instances, seven days for extended, ongoing time periods.” Further, Blanco claims the companies cut wages by rounding time; “failed and refused to pay overtime”; and cheated the workers of meal and rest breaks required by California law.

FYI—the putative class includes all hourly delivery drivers, dispatchers and support staff employed by the stores in the four years leading up to the complaint. The plaintiffs are asking for a permanent injunction, compensatory damages and a variety of penalties. Yeah Baby!

Sony singing the “I will pay you” blues…to the tune of $15 million—at least according to a preliminary settlement reached in the pending data breach class action lawsuit. If approved, the settlement would see $15 million in games and online currency made available to class members as well as identity theft reimbursement. The lawsuit was brought by PlayStation Network (PSN) users affected by a massive 2011 Sony Corp. data breach.

Eligible class members include all persons residing in the US who had a PlayStation Network account or sub-account, a Qriocity account, or a Sony Online Entertainment account at any time prior to May 15, 2011, when it was revealed that hackers had broken into Sony’s network and obtained data on as many as 31 million account holders.

According to the Sony settlement agreement, Sony will provide affected consumers with “various benefits,” depending on the type of accounts they had and if they can prove that their data was misused, to resolve the dispute over the 2011 breach.

Following the discovery of the data breach, Sony offered its PSN users free identity theft protection, among other benefits. However, under the terms of the settlement agreement any class members who didn’t take that deal can choose two items from a mix of games, online display themes and a three-month subscription to Sony’s PlayStation Plus service, with a cap set at $6 million.

For those class members who did take Sony’s initial package, they will receive one of the items, with a cap set at $4 million. Class members who weren’t part of PSN but had accounts for a different Sony gaming service will get $4.50 of in-game currency, with a $4 million cap.

Sony agreed to reimburse up to $2,500 per class member for the identity theft claims, up to $1 million. It also allowed users to transfer any unused online currency into cash and give some class members a one-month subscription to its music streaming service.

Sony customers that fall within the class definition will be automatically bound to the settlement unless they opt out. Class members who wish to opt out from the settlement class have 21 days prior to the date of the final fairness hearing in May to notify the court of their intention to opt-out.

The case is In re: Sony Gaming Networks and Customer Data Security Breach Litigation, case number 3:11-md-02258, in the U.S. District Court for the Southern District of California.