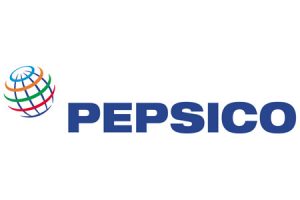 PepsiCo losing credit on this one… A subsidiary of PepsiCo is facing a employment class action lawsuit filed by a job applicant who alleges violations of the Fair Credit Reporting Act.

Specifically, plaintiff Altareek Grice alleges that during the job application process he was engaged in with Bottling Group LLC in August 2016, the company accessed his consumer credit report via Carco Group Inc., without making the necessary disclosures required by the FCRA.

According to the PepsiCo lawsuit, employers must provide a disclosure “in a document that consists solely of the disclosure,” if they wish to access a potential employee’s consumer report.

“Pepsi either knew or recklessly failed to know the disclosure requirements of [the FCRA] and that its acts in procuring or causing to be procured a consumer report regarding plaintiff and other class members without providing the required disclosure to them was facially contrary to the express language of [the act] and all administrative guidance available and violated the law,” the complaint states.

Grice seeks to represent a nationwide class of all individuals whose consumer reports were procured by Bottling Group LLC for employment purposes in the last two years and to whom the company did not provide a clear disclosure. The estimated size of the class could exceed 1,000 people, according to the complaint.

Not exactly crystal clear… LensCrafters got hit with a proposed consumer fraud class action lawsuit alleging it falsely claimed that its prescription eyeglasses are made with pupillary distance measurements that are five times more precise than traditional measurements.

According to the LensCrafters complaint, filed by Kathleen Infante, LensCrafters, advertises its Accufit Digital Measurement System measures the distance between pupils to the tenth of a millimeter. Infante states that the defendant claims this system allows it to produce prescription glasses with more accurate lenses that put “the prescription exactly where you need it to see your best.” However, she asserts that this technology doesn’t, in fact, result in more accurate eye wear products.

“Because LensCrafters’ manufacturing process uses the same decades-old traditional methods, the end-product sold to customers cannot and does not have PD measurements that are ‘five times’ more accurate than traditional methods,” the complaint states.

According to the proposed lawsuit, the manufacturing equipment that LensCrafters uses doesn’t measure more precisely than 1 millimeter, which is the same precision as a standard ruler. Even if the Accufit system measures within a tenth of a millimeter, the manufacturing technology is incapable of actually producing glasses with that much accuracy, the complaint states.

“Even assuming the Accufit technology is, as advertised, five times more accurate than manual measurements, LensCrafters cannot and does not translate the measurements taken from the Accufit system into its manufacturing process,” the lawsuit asserts.

According to the complaint, while LensCrafters employees allegedly were aware of the equipment’s shortcomings, they were discouraged from discussing the manufacturing process with customers.

Infante seeks to represent a class of California residents who purchased prescription glasses from LensCrafters since September 5, 2011. The complaint states that LensCrafters introduced the Accufit system around 2011.

BofA Interest & Fees for Military Servicemembers… No stranger to lawsuits, Bank of America (BoFA) has had a $41.9 million class action settlement preliminarily approval – without admitting any wrongdoing – (surprised?) potentially ending a consumer banking class action brought by military families who alleged that BoFA overcharged them on interest and fees related largely to mortgage and credit card accounts and then tried to conceal those violations. Seriously.

If final approval is granted, restitution will be made to more than 125,000 military members who alleged BoFA’s actions are in violation of the Servicemembers Civil Relief Act.

Under the terms of the settlement BoFA would, for a five year period, refrain from using a method for calculating interest subsidy that the service members contend could lead to higher costs for class members.

According to the deal, Class members will be divided into four groups, depending on the types of accounts they held. They will receive payments accordingly, with the first $15.4 million going to class members who did not previously receive or deposit payouts from Bank of America.

“After the class wide distribution, the value of any uncashed distribution checks will be redistributed further to the class, if the value is sufficient to make it economically feasible, or else such residual funds will be distributed as cy pres to a non-profit organization providing services to military service members and veterans,” court documents state.