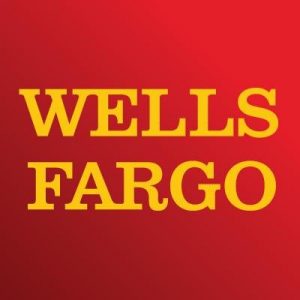 All is not Well at Wells Fargo? Not by a long shot. Employees from Wells Fargo Bank have filed an employment class action lawsuit alleging they were pressured into unethical sales conduct under threat of retaliation if they failed to cooperate.

Specifically, the Wells Fargo employees claim they were forced to inflate sales figures by opening new customer accounts that customers had not agreed to and to open accounts for non-existent customers. Further, the lawsuit claims that employees who did not engage in this alleged behavior were threatened with discipline or termination. Employees who did participate were rewarded, the lawsuit claims. Read on…

The Wells Fargo lawsuit asserts that Wells Fargo’s motive was to increase its stock price by setting unrealistically high sales goals for its employees.

Not Painting a Pretty Picture…And another employment suit filed this week—this one by employees of Behr Paint, alleging violations of the Fair Labor Standards Act and California labor law. The defendants are Behr Process Corp., Behr Paint Corp. and Masco Corp.

According to plaintiff Ryan McBain alleges he was employed as a field representative by the defendants and assigned to different Home Depot stores. He claims his responsibilities were answering customer inquiries, replenishing stocks and maintaining store displays. He alleges he was required to prepare time-consuming reports and shuttle between stores and was misclassified as exempt from overtime pay and was not provided with proper meal and rest periods.

In the Behr lawsuit, McBain claims the defendants failed to adequately compensate him for his work as a field representative. The lawsuit also claims that the defendants allegedly failed to keep accurate payroll records of hours worked, meal periods taken, and overtime worked by their employees, refused to pay any overtime compensation to employees for hours worked in excess of 40 hours per week and refused to provide adequate meal and rest periods.

FYI – The case is U.S. District Court for the Northern District of California Case number 3:16-cv-07036.

Meanwhile, North of the 49th…VW managed to reach a $2.1 billion settlement in the Canadian class action pending over the so-called Volkswagen and Audi defeat devices that temporarily reduced vehicle emissions enabling the diesel engines to pass regulatory emissions tests.

Additionally, the settlement terms stipulate that Canadian owners of diesel-equipped vehicles made by Volkswagen AG will be able to sell their cars back to the auto maker.

The settlement will cover approximately 105,000 Canadians who bought Volkswagen or Audi vehicles equipped with 2.0-liter diesel engines between 2009 and 2015. Each class member will receive $5,100 to $8,000 in compensation. Class members who decide to sell their vehicles back to Volkswagen Canada will receive a payment in addition to the value of their car.